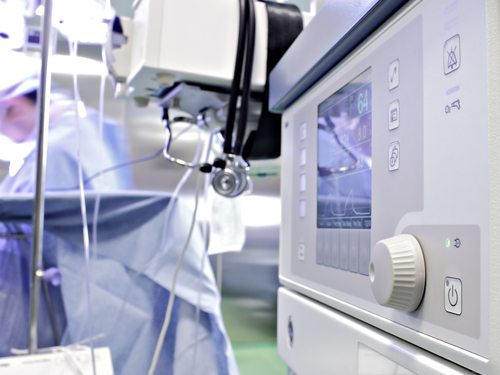 Gradian Health Systems provides access to a unique anesthesia machine that requires no power source or compressed oxygen to function. That makes the Universal Anesthesia Machine (UAM), as it is called, perfect for many poor and underserved countries around the world. Although clearly a wonderful tool, that’s not what makes this unusual. The fact that Gradian is a Limited Liability Corporation (LLC) wholly owned by a private foundation is.

The Nick Simons Foundation, based in New York City, has a mission to “improve health and medical care, especially for rural and remote communities in Nepal.” This is not a small foundation. Its assets were listed as more than $56 million in the most recent IRS Form 990 available on GuideStar. The website for the foundation is intriguingly short, at a single page, and clearly states that it does not accept unsolicited requests for grants because “the Foundation’s main grantees are the Nick Simons Institute (NSI) and Gradian Health Systems.”

Gradian’s relationship to the Foundation is a lot more than simple grantee and was recently described as “both a program-related investment of the foundation and a commercial subsidiary of it. We have taken to calling this structure Foundation-owned Social Enterprise (or FOSE).” The way this works is that Gradian was created as a nonprofit LLC with a single member. The single member is the Nick Simons Foundation. In other words, Gradian is a wholly owned subsidiary of the Foundation.

There appear to be a number of benefits to this relationship:

An examination of the Foundation’s 990 reveals that it does make quite a number of gifts (other than those listed on the website) to Gradian and an institute that provides training and support to doctors in Nepal. In fact, the foundation gives quite a number of gifts to clinics around the world, many of which are for exactly the same amount of money. All of these grants, which are generally of $10 or $11 thousand each, are “to provide universal anesthesia inventory parts for use in hospitals in rural regions.” It appears that the Foundation is either helping purchase or providing support for the maintenance of the UAM machines Gradian sells.

This represents the second example of a foundation adopting a new and intriguing relationship to its grantees. Recently, NPQ reported about a foundation that does not invest in Wall Street to earn income that is later distributed in the form of grants. Instead, the Hutton Parker Foundation has invested in quite a bit of commercial property, which it leases to nonprofit organizations. The profits from its management of these facilities then become the basis for some cash grants to other nonprofits.

Before running ahead with the model that has been adopted by the Nick Simons Foundation, there are some issues that should be considered. Some are legal in nature, and some are in the area of conflict of interest.

The legal questions revolve around the concept of the single-member LLC. Apparently, only some states allow an LLC to have nonprofit status. The nonprofit status allows the LLC to represent a tax-exempt investment for the Foundation. According to the IRS, when calculating taxes, the LLC as a disregarded entity is treated as part of the owner for some taxes, but not all, including employment tax when the disregarded entity is considered separate.

The questions regarding conflict of interest regard how closely tied the two organizations are. As a nonprofit, Gradian does have a board of directors, three of whom are also listed as being on the board of the Foundation. This is not necessarily an issue, although the two boards are getting quite close, especially since one organization, Gradian, is a grantee of the other. In many cases, foundations do not allow staff or board to serve on the board of a grantee to avoid any issues of duality of conflict of interest and the directors’ duty of loyalty. More troubling is that the CEO of Gradian, who is listed as earning in excess of $300,000, is listed as a director of both boards.

As Woods Bowman, NPQ’s Nonprofit Ethicist, has said, something people do things for good reasons that look odd to outsiders. That is likely the case here: The barriers between these two organizations are minimal to nonexistent, so it looks like the structure is a ruse allowing the parties involved the benefits listed above. We would love to hear from others about this unusual model.—Rob Meiksins