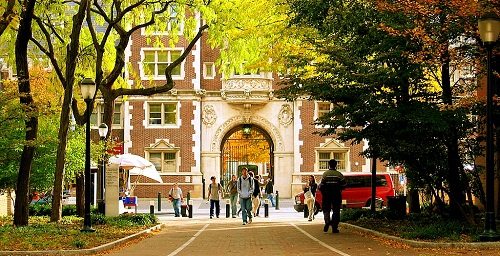 While the critiques of for-profit colleges have been scathing and constant (such as this article by freelancer Barry Yeoman that slams for-profit colleges for “Potemkin” degrees, fabricated prospects of employment, and leading students into “a lifetime of debt”), no one should be carried away that attaching “nonprofit” to higher education makes colleges and universities all hunky dory.

In the Wall Street Journal last week, Steve Gunderson, the former Republican Congressman who until a couple of years ago led the Council on Foundations, ran an op-ed from the perspective of his current gig as president and CEO of the Association of Private Sector Colleges and Universities, the for-profit colleges’ trade association. Gunderson take the Obama administration’s recently-issued “gainful employment” regulations to task. The “gainful employment” rule more or less applies to for-profit schools that are geared to career skills training. These schools would lose their eligibility for federal student aid if they fail to meet two metrics:

Gunderson’s point is that the rule, regardless of whether the proposed metrics work or not, targets for-profit schools and exempts for the most part nonprofit and public colleges because their programs that are supposed to “lead to gainful employment in a recognized profession” tend to be certificate or non-degree credentialing programs, as opposed to the degree programs pitched by their-profit counterparts. He charges that the GE rule from the Department of Education “blackened the reputation” of the 1,400 members of the Association of Private Sector Colleges and Universities, which he counters do a reasonably good job of providing “higher education with a focus on career skills to millions of students, many of whom are overlooked and underserved by traditional higher education.”

Apparently, Secretary of Education Arne Duncan believes that the GE rules need not be applied to all of higher education, because the Obama administration’s proposed college rating systems would handle the challenges faced by students and their families in the nonprofit and public higher education arena.

Our guess is that it might be difficult for Gunderson at the trade association to fully accept the conclusions of congressional hearings, particularly those convened by retiring senator Tom Harkin (D-IA), and General Accounting Office reports that there are some deeply troubling practices in the world of for-profit higher education that need to be addressed and that some of these schools may be sucking up much more in federal student aid than they deliver in quality education.

But don’t assume, then, that because the for-profit higher education world contains a number of actors of less than stunning probity that the nonprofit part of higher education is the high quality yang to the low-quality for-profit yin. Harkin’s Republican Iowa counterpart, Senator Charles Grassley, has led a number of hearings taking nonprofit schools to task for everything from the massive endowments some sit on, to the ever-increasing tuitions and fees they charge, to the records of some as less than entirely candid about costs, and even the unbelievably high compensation packages they have paid, notably the severance and bonus packages that were paid to James Madara at the University of Chicago ($2.5 million in severance), former Senator Bob Kerrey at the New School for Social Research ($1.2 million), and Secretary of Treasury Jack Lew’s, who got $1.4 million in benefits over four years from New York University plus $685,000 in severance. Grassley’s concern about the nonprofit schools is similar to Harkin’s regarding the for-profits: his “unease with the increase in executive pay and the growth of endowments while tuition rises for students, leaving many graduates with crippling debt,” as expressed in an article from Demos titled “Go Grassley.”

“Colleges that benefit from tax-advantaged vehicles and tax-exempt status bear a social contract,” Grassley has said, “to make higher education more affordable and accessible to the public.” He’s concerned fundamentally how institutions of higher education operate as big businesses, with their educational missions sometimes taking a back seat.

Gunderson may bemoan the fact that the Education Department’s regulation target his members first and foremost, but the problem is not just about for-profit colleges that operate as the businesses that they are, but higher education in general that ought to be pushed by Congress and the public to prioritize education over institutional profit.—Rick Cohen