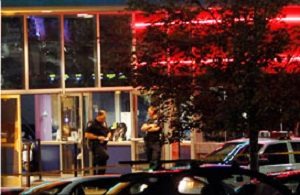 In the wake of the recent movie theater shootings in Aurora, Colo., somewhere around $2 million in donations have already poured in from those who want to help the victims. While it is unfathomable to most of us that a scammer would seize upon such a terrible incident to try to bilk people out of money, it’s important to remember that a lack of ethical standards is generally a requirement of getting into the fraud business in the first place. As such, the Better Business Bureau (BBB) reminds those who might be interested in donating to the Aurora shooting victims to do their due diligence before making a donation.

In addition to doing some serious research on any organization before donating, the BBB also reminds potential donors not to give donations over the phone, not to pay with cash or via a wire transfer, and to refuse “high-pressure” appeals (the BBB notes that “if the organization is legitimate, they’ll still need your donation tomorrow or whenever you are ready to give). A more detailed list of tips from the BBB is available here. A situation like the Aurora shootings may be particularly appealing to fraudsters given that, as the BBB notes, some brand new fundraisers have been launched by family members of victims, which opens the door for “similar fundraisers [to] crop up that appear to be legitimate but may not be.” A good place to start would be GivingFirst.org, which lists nonprofits that are legitimately involved in work related to the Aurora shootings. GivingFirst is maintained by the Community First Foundation, which is best known for its work on Colorado Gives Day, which NPQ has taken note of in the past.

There’s no question that emotion plays an important role in giving. It’s what triggers many donors to open their wallets or purses in the wake of tragedies such as the Aurora shootings. But the important principle to remember is that, before moving from the impulse to donate to actually doing so, one should take emotion out of the mix as much as possible and think like a reporter or a detective. And if you should come across a pitch that seems fishy, don’t just avoid it. Go one step further and report it. You can file a complaint with the BBB here and your local law enforcement officials should also be notified. –Mike Keefe-Feldman