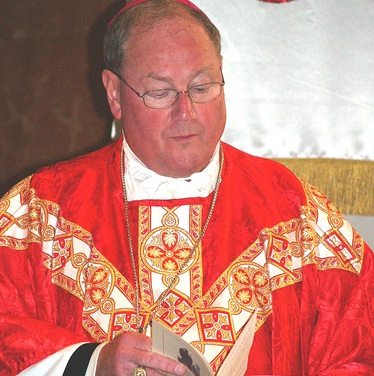 There is a long and fascinating interview in the weekend issue of the Wall Street Journal with Cardinal Timothy Dolan, the Catholic archbishop in New York City, centered on Cardinal Dolan’s contretemps with the Obama White House over the issue of health insurance coverage of contraception. The Cardinal views it as a matter of religious freedom and raises some interesting arguments.

We found one of Dolan’s interview statements quite interesting. Observing that the White House compromise would exempt churches from being required to cover contraception in employer-assisted health plans—but would not exempt church-run or church-affiliated schools, hospitals, and service providers whose main purpose is not religious proselytization—the Cardinal said: “We find it completely unswallowable, both as Catholics and mostly as Americans, that a bureau of the American government would take it upon itself to define ‘ministry.’ We would find that to be—we’ve used the words ‘radical,’ ‘unprecedented’ and ‘dramatically intrusive.’” The Journal’s interviewer added, “whether the government has the authority to define a ministry—excluding, as the ObamaCare mandate does, church-affiliated institutions like hospitals and schools—is a separate legal question, one that may be resolved in litigation over the birth-control mandate.”

Doesn’t the federal government already define “ministry” in various programs and regulations? The IRS has specific provisions in tax law to administer regarding the tax treatment of ministers and their parsonages. As we have noted in previous coverage, the federal government and the courts have long been debating what constitutes a ministry for the purpose of religious entities looking for exemptions for civil rights laws regarding nondiscrimination in hiring.

The Cardinal makes it sound like an imperious federal government has been unilaterally imposing a definition of religious ministry without the decades of give-and-take that has allowed religion to flourish in the U.S. Can one imagine that the history of the U.S. has been one of passive acquiescence of governmental fiat? Is Cardinal Dolan saying that the government has no say in determining what constitutes a religious ministry for tax purposes given that the federal government gives a charitable deduction to religious organizations? Would he say that any entity could declare itself a ministry, obliging the government to butt out? Doesn’t a formal, legal definition of ministry serve to protect religious groups from the encroachment of government? –Rick Cohen