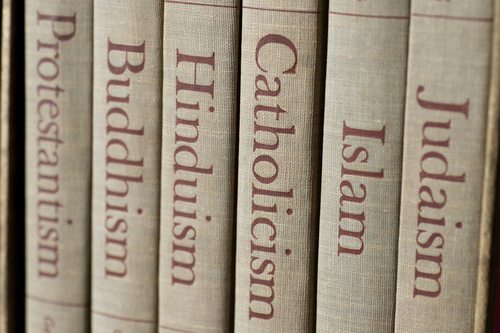 A German study of nonprofit hospitals and a lawsuit against the U.S. Conference of Catholic Bishops illustrate the role religious affiliation and beliefs have in providing healthcare in both Europe and the United States.

In the first case, Lapo Filistrucchi and Jens Prüfer of Tilburg University studied the healthcare strategies of Catholic and Protestant hospitals in Germany. At the time of their study, in 2006 and 2008, approximately 830 of the 1,930 hospitals in Germany operated as nonprofits. Of this number, 40 percent identified as Catholic and 23 percent as Protestant. The study found that though the Protestant hospitals were smaller than the Catholic hospitals, they provided relatively more complex treatment procedures to fewer patients. The Catholic hospitals in the study tended to provide less specialized treatment, opting instead to help as many patients as possible. This would suggest, of course, that while in Germany at the next Oktoberfest, you might want to go to a Protestant hospital if you have a gall bladder attack from the over-consumption of bratwurst but a Catholic hospital if you sprain your wrist from drinking beer out of an oversized bierkrug (stein).

The study authors assert this difference in approach is rooted in the theological cornerstones and legacy of the two religious groups. They argue that in both groups, the hospital leadership believes there are spiritual rewards resulting from altruistic behavior, which, in their industry, means maximizing patient benefits. However, there is a difference between the traditions in this behavior. In Protestantism, the focus is on the individual, hence the need to provide the best possible care for individual patients. In the Catholic tradition, there is a stronger focus on the religious believer’s community, hence the efforts to treat many patients.

In the second case, women’s reproductive health care policies in Catholic hospitals in the United States demonstrate a more direct link between religious beliefs and the available options. The U.S. Conference of Catholic Bishops provides healthcare guidelines for all Catholic medical providers and expects close compliance. This creates difficult choices, even life and death decisions, for some women seeking reproductive health care. A lawsuit filed by the ACLU on behalf of a young mother in Michigan is illustrative. Tamesha Means nearly died because a Catholic hospital in Muskegon refused to perform an abortion, leading to a premature baby that died shortly after birth. According to her attorneys, the hospital did not tell Ms. Means that her baby had virtually no chance of survival and that the safest option would be to induce labor and terminate the pregnancy.

It has been widely accepted that Catholic hospitals are not to perform abortions, even in the case of rape, but only recently have some decided to follow the guidelines’ restrictions on sterilization. As of November 1st, another Michigan Catholic hospital has banned sterilization after caesarean section. Voluntary sterilization is often done during caesarian births because the patient is already prepped for surgery. However, the Genesys Health System has “recently updated its policy on tubal ligations to comply with current Church teaching.” This means tubal ligation will be considered if the hospital determines that there is a medical need for it, but not if it is requested as an elective surgery.

The growth of Catholic-owned hospitals and healthcare systems in the United States suggests increasing challenges for women needing pregnancy terminations and tubal ligations, not to mention those who wish to elect these services. From 2001 to 2011, the number of Catholic hospitals in the U.S. grew by 16 percent. By 2011, ten of the 25 largest hospital systems in the U.S. were Catholic sponsored.