Do Nonprofit Leaders Lack Confidence? Or What? 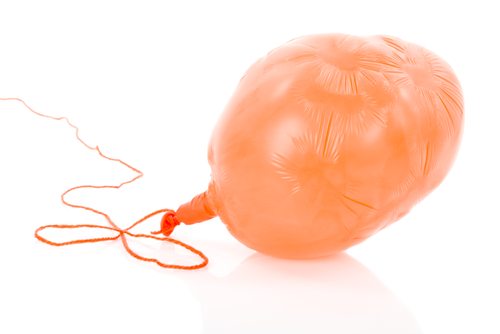 McKinsey & Company released what is in our opinion an odd report from its 2013 survey of 200 CEOs and executives in social sector nonprofits. If we were to believe some of the findings, nonprofit leaders are suffering from an appalling lack of self-esteem but some of those findings just don’t jibe with what we have experienced.

Here is one of the conclusions – “across every category – including balancing innovation with implementation, building top leadership teams, and collaborating to achieve outcomes – survey respondents found themselves and their peers to be deficient.” Please read the details in the linked report if you want.

Let’s remember for a minute that McKinsey & Company is a consulting firm that is in business to respond to such “problems” before going on. But assuming that the survey results were based on real leader responses what are we to make of them? If you contrast, for instance, these findings against well controlled research that compared the findings of 360 degree evaluations of leaders in the for profit vs. nonprofit sectors,  they make no rational sense whatsoever and we would have to assume that the nonprofit leaders surveyed by McKinsey are an anomaly or fatally humble. In that 360 comparison, leaders in the nonprofit sector were rated higher than those in the for profit sector in 14 of 17 categories and they were particularly strong in collaborative or team based practice. Management guru, Jim Collins said the McKinsey findings were unsurprising, observing that, “In executive leadership, the individual leader has enough concentrated power to simply make the right decisions. Legislative leadership, on the other hand, relies more on persuasion, political currency, and shared interests to create the conditions for the right decisions to happen.” Collins continued, “For this reason, we should expect to see very high leadership ratings in the social sectors, as true leadership only exists if people follow when they have the freedom to not follow.”

In this Kinsey & Company report, however, the authors go straight from the statement of problem to a bemoaning of the lack of spending on “leadership programs” even while they acknowledge that real leaders say that their capacities are built on the job through being provided with chances to stretch, take risks and innovate. They then make a leap by comparing the “thoughtful” training programs at GE with those in the social sector where, they write, “there is frequently less support, structure and supervision for emerging leaders to take on a significant challenge …in part because so many organizations are so small.” Right. Then they say that “leadership experts” have told these authors that younger professionals in the social sector do not experience stretch goals as development opportunities but see them as exploitation. We’ll leave the findings there.