4 Things Nonprofits Must Do the Day after a Trump Victory 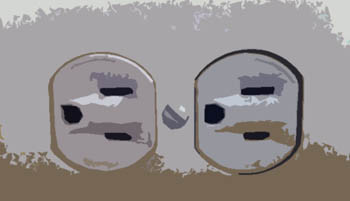 The first thing everyone reading this should notice is that the sun did indeed rise this morning and we rose with it. We are still here with the same commitments to justice and equity and—dare we say it?—peace.

Donald Trump won the U.S. presidential election. With four states still too close to call, Trump is credited with 278 electoral votes (eight more than needed) and Clinton has 218. Perhaps even more surprisingly, the Republican Party held onto its Senate majority in a year most pundits expected Democrats to win all or most of the closely contested seats. The GOP’s House majority has been slightly reduced, but estimates are that the net GOP loss of seats was only five when some thought a switch to Democratic control was possible only a couple of weeks ago. In addition, Republicans netted two additional state governorships, giving them 33, the most in a century.

The consequences that will unfold from this in many of the fields and communities in which we work are as yet unknown, but our imaginations, fed by our on-the-ground knowledge of the realities of our operating environments, already have many of us considering what we must do to protect and even advance the things we value. The truth is it is hard to see what parts of the rhetoric of the campaign will be brought forth, but we do have some control over how we will carry on.

Hillary Clinton called Trump to concede the election and will make a statement later today. President Obama also called in the wee hours and has invited Trump to the White House for a discussion on Thursday. President-elect Trump’s victory speech echoed other victory speeches, calling for unity and promising to be the president for all the people. Given the vitriolic campaign, and especially Trump’s library of speeches, quotes, tweets, and of course the Access Hollywood video, many are skeptical that the sharp-elbowed businessman and reality TV star can achieve the dignity and gravitas to make good on his election night pledges.

So what are nonprofits, especially nonprofits that feel threatened by the potential effects of the recent election, to do?

We have four general thoughts about what nonprofits should do sooner rather than later:

Our workloads will undoubtedly get heavier and our stress levels may skyrocket. Make sure that there is time for getting on the same page internally so that you are nimble and ready for all the threats and opportunities that happen to pass your way over the next four years. This is your job right now. Let’s not think small.