Facebook Firings and the Labor Relations Board: What Nonprofits Need to Know 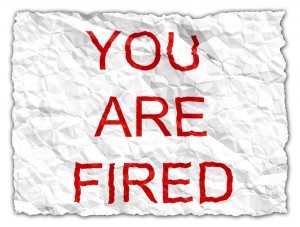 Employees have always felt free to trash-talk their bosses – usually around the water cooler, when not in hearing distance. It is part of our national ethos. And particularly now, when our tenure with any given employer tends to be shorter and our means of communication are ever easier (think Twitter, Facebook), we may feel even more empowered to express ourselves. Why not?  There’s not much to lose . . . or is there?

Employers have begun to question this new kind of water-cooler complaining. But is it illegal to trash-talk your boss on a social media platform? The law is still under construction and with the help of the National Labor Relations Board (NLRB), employees are pushing back and hoping to set legal precedent.

The nonprofit Hispanic United of Buffalo is the most recent example of the pushback. The group is embroiled in a controversy over the firing of five employees, who the NLRB said were let go when they took to Facebook to criticize working conditions.

Hispanics United maintains the employees were fired for harassing another employee, not for their Facebook posts. Whatever the cause for the employees’ dismissals, the case reminds all nonprofits that we are living in the brave new world of social media, where standards of conduct and workplace behavior, including employer/employee relations, are increasingly under a new kind of scrutiny.

We’ve written about the potential pitfalls for nonprofits as social networking becomes more and more essential to their daily operations here and here.

But what if an employee has a legitimate workplace concern – as the NLRB says is the case at Hispanics United – which he or she wants to air using Facebook? Or what if a group of employees want to organize around workplace safety or an increase in wages using social media as a mobilizing tool? These actions are protected under the law, right?

Well, maybe – or maybe not, according to Daniel Schwartz, attorney at Pullman & Comley, LLC. and publisher of the Connecticut Employment Law Blog. The NLRB “is a government agency that has made a lot of headlines lately, but no court has ruled in their favor,” Schwartz says, referring to recent complaints the NLRB have brought against employers who have fired workers over Facebook postings.

But the NLRB says these actions should be protected, and they seem to be pushing the issue, filing a series of complaints against employers. There are now around two-dozen pending lawsuits addressing firings over Facebook postings, according to the website AllFacebook.com – not including two out-of-court settlements.

Another case settled out of court, in April, involved a claim of retaliation by Build.com for Facebook comments about possible labor code violations. This settlement seemed more favorable toward the terminated worker: Build.com offered the employee her job back (the employee declined), and posted signage in the workplace saying the company couldn’t terminate anyone over an online posting.

A case still pending in the Chicago suburbs involves a luxury-auto salesman fired after complaining on Facebook that the dealership’s complimentary food and beverages seemed cheap compared to the otherwise high-end branding efforts of his now former employer.

The Hispanic United case, according to the NLRB, “involves an employee who, in advance of a meeting with management about working conditions, posted to her Facebook page a coworker’s allegation that employees did not do enough to help the organization’s clients.” And this behavior, says Rhonda P. Ley, regional director of Region 3 of the NLRB, is “protected concerted activity.”

Section 7 of the National Labor Relations Act defines this protected activity. The act reads, “Employees shall have the right to self-organization, to form, join, or assist labor organizations, to bargain collectively through representatives of their own choosing, and to engage in other concerted activities for the purpose of collective bargaining or other mutual aid and protection.” Indeed, Section 7 applies to a wide range of union and collective activities, including protecting employees who take part in grievances, on-the-job protests, picketing, and strikes.

But officials at Hispanic United tell a different story. “The firings were not about Facebook,” says Lourdes Iglesias, the executive director of Hispanic United. “This is about employee harassment, for which we have a zero tolerance policy.” Iglesias maintains that Hispanic United is a wonderful place to work, and she encourages and expects employees to act professionally.

Changing expectation of employees and employers, especially over matters concerning social media, have complicated these sorts of employment law issues. So how concerned should nonprofits be about actions on social media that may or may not be covered by the NLRA?

Schwartz says that worry over the spate of complaints issued by the NLRB should “rise to the level of concern, not alarm yet,” for nonprofit executives.  He says that the NLRB position is not new. “People have always had the right to have a life outside of work.” But, he continues, with the rise in popularity of the use of social media in the workplace, the lines of demarcation are now blurred between “work life and real life.”

Schwartz has one main piece of advice for employers: create a solid social media policy, and have a lawyer review it.

Kent Mannis, managing editor of LawRoom.com, agrees. He says these policies are largely already in place. “They match the already existing workplace standards most organizations apply to behavior around the water cooler.” But, Mannis admits, the ability for social media to reach a huge audience so quickly poses tough questions for employees. “Everyone is trying to catch up with social media by throwing a policy at it. But you have to.”

As long as this area of the law remains vague, these types of lawsuits will continue to come forward. And as fast paced as the world of social media is, the world of law remains slow. Definitive answers in this area of employment law are still years off. The Hispanic United case goes before an administrative law judge on June 22, but that’s only the first step in a series of legal actions.

Until then, Schwartz says, “Try not to over-react [to your employees’ social media presence]. People have been talking about you for years. You’re just now finding out about it.”