Today, Frontline Solutions is launching a new report, titled “Democracy’s Powerbrokers: Political Power of Women of Color,” some key findings of which are described in the article below.

“Mr. Vice-President, I’m speaking,” said Senator Kamala Harris (D-CA) pleasantly—and yet emphatically—while being interrupted at the vice-presidential debate on October 7th. Journalists from CNN, The Atlantic, and other mainstream media outlets were right to quickly point out that as a Black woman, Harris faced unique challenges during the debate of managing public perceptions and racist, sexist stereotypes. But Senator Harris’s power as a Black woman is also precisely how she landed on that debate stage.

Harris’s nomination as the vice-presidential candidate for the Democratic Party is not an indicator of progress in racial or gender equality. Rather, it is a reminder of what—or more specifically, who—brought this country to a point where a Black woman’s name is printed at the top of ballots nationwide. Black women have built and protected our democracy even when they have been deliberately and systematically excluded from participating in it. Black women have led the United States in the fight for abolition, suffrage, integration, civil rights, and women’s rights. In the midst of contemporary voter suppression, Black women have continued to vote at disproportionately high rates in key races. Kamala Harris and Joe Biden alike stand on the shoulders of the Black women who have come before them, have voted for them in past elections, and have become a political force to be reckoned with.

Have you ever heard someone say, “Trust Black Women”? It’s become a catch phrase of sorts, a lighthearted ode to the wisdom of Black women, or an acknowledgement that they get stuff done. However, trusting Black women has long been an actual strategy in electoral politics. Black women have profoundly impacted the results of both small and unheard-of, as well as prominent, races. In 2016, 94 percent of Black women voted for Hillary Clinton in the US presidential race, correctly perceiving that a Trump presidency could be devastating for the country. A year later, 98 percent of Black women voted for Doug Jones in the US Senate race in Alabama, electing the first Democratic Senator in the state in two decades and preventing the reelection of a bigot and alleged sexual predator. Jones, of course, faces a tough reelection campaign this year, but his election to the US Senate in 2017 owes everything to the mobilization of Black women, as was widely acknowledged in media accounts at the time.

Indeed, as they showed up to vote in the interest of themselves and their own families in the 2017 election in Alabama, Black women were heralded as saviors and received a moment of national recognition.

We saw this mobilization continue in the 2018 midterm elections: turnout for Black women was six percentage points higher than the national electorate in 2018 (55 percent versus 49 percent), and Black women are expected to play an influential role in the 2020 presidential election. Furthermore, Black women are featured prominently on the ballot this year: 61 Black women are running for Congress alone in 2020. Calls to #TrustBlackWomen have been joined by calls to elect Black women.

But what about investing in Black women? The political candidacy of Black women in the US is woefully underfunded compared to their white and male counterparts. And amidst the obsession over Black women’s roles in electoral politics, there is a lack of appreciation for and investment in the grassroots organizations that drive political participation—through promoting policies that matter to Black women; through supporting the campaigns of Black women; and through engaging Black women as voters, advocates, strategists, and whole people. If we expect Black women to keep running for office, turning out to vote, and generally driving our democracy, philanthropy must invest in organizations that are led by Black women and for Black women.

It is not enough to promote inclusion in white-led organizations. Wilnelia Rivera, in an interview last year with NPQ’s Cyndi Suarez, explained why. Rivera, a Black Latina in Massachusetts, was chief strategist and advisor for Ayanna Presley’s successful run for Congress, which unseated 10-term Congressman Michael Caputo two years ago. Rivera noted that she got her start in politics in the “the very white male union world of politics.” Over time, though, she observed that while women of color are often led to “think that getting a seat at the table will move the dial…they’ll remind you that it’s not your seat, or your table.”

Fortunately, today there is no shortage of Black women-led organizations. On a national level, Higher Heights for America serves as a political home for Black women—a space to train, prepare, and support Black women to run for office. The organization’s nonpartisan 501c3 arm, #BlackWomenVote, provides information on voting and ballot access for Black women. The organization has a salon program, in which members all around the country are equipped to host events that bring Black women together to discuss issues, troubleshoot ballot-access concerns, provide voter information, and conduct voter registration.

Because Black women often care for their whole families in addition to themselves, the organization also supports members and candidates as whole people. “We are not just focused on electing Black women, but also supporting them holistically,” says Aisha Dew, Director of Programs and Politics. Knowing that many Black women’s careers as elected officials start at the local level, Higher Heights recently launched an executive leadership program designed to help Black women reach the next level of leadership, such as running for mayor after being elected to city council. New resources could also allow Higher Heights to support and train Black women candidates for races further down the ballot.

On a regional level, organizations such as the Southern Rural Black Women’s Initiative for Economic and Social Justice (SRBWI) builds power for members through leadership development, policy advocacy, and support for sustainable initiatives. The founders wanted to ensure that young Black women in the rural South were connected to the legacy of the strong Black women who led the civil rights movement. The organization advocates for quality education for the region’s children, expansion of Medicaid and healthcare, access to childcare, and economic development in the Mississippi Delta and the Black Belt region of Alabama and Georgia. Oleta Garrett Fitzgerald, a co-founder and executive committee member of SRBWI, says the region is on the precipice of change as the organization’s work for Medicaid expansion gains support in the midst of COVID-19.

“We have a great opportunity here, but we have to have the infrastructure and apparatus to take advantage of it,” Fitzgerald explains.

There are countless other organizations on a national, regional, and local level that train, organize, and empower Black women. It is still the case, however, that often where these organizations are led by Black women, they do not receive funding at a remotely similar level to white-led organizations. For example, re:power was initially founded in Minnesota as Wellstone Action to honor the late US Senator Paul Wellstone’s commitment to diversifying the field of candidates running for office. As the organization expanded its work nationally, the board and leadership decided to focus explicitly on people of color, particularly women of color. The organization rebranded as re:power in 2018, and Karundi Williams became the organization’s first Black woman executive director in 2019. re:power’s transformation was in recognition of what they believe the movement needs: an expansion of justice through a framework of inclusive politics.

But the transition from white-led organization to one led by a Black woman has been difficult for re:power’s funding prospects. In some cases, older white progressive donors pulled funding because they no longer saw themselves reflected in the work. Even institutional and philanthropic funders seem less willing to fund re:power in the same ways now that it is run by a Black woman instead of a white man. “A previous executive director asked an organization for $300,000, and we are now scraping to get $100,000 from the same organization,” says Williams. Despite providing training across the full breadth of the progressive movement ecosystem, the organization now operates on a budget of approximately $3 million, down from $5 million before the rebranding and leadership change.

Frontline Solutions’ newly released report, Democracy’s Powerbrokers: The Political Power of Women of Color details how philanthropy can contribute towards building the political power of women of color—including Black women. Clear action steps have emerged based on interviews with a racially, ethnically, and geographically diverse group of 30 women of color who serve as campaign managers, political candidates, 501c3 and 501c4 leaders, community-based organizers, and scholars. Philanthropy has an opportunity to:

The urgency of this moment is undeniable, as a presidential election is looming, mere days away. This election is like few others, taking place in the midst of a pandemic, economic downturn, continuing police brutality, and rising white supremacist violence. And yet the Kamala Harrises of this world do not build their political power within a few weeks. Investment in Black women as voters is urgently needed now, but these investments are also needed to prepare for the 2022 midterm elections, 2024, 2028, and for the long haul. If we really trust Black women, we will trust them to use our money and their political power to advocate for better policies and better governance between elections.

Melissa DeShields is the CEO of Frontline Solutions, a Black-led national consulting firm that serves nonprofit and philanthropic organizations.

Marcus Littles is the founder and senior Partner at Frontline Solutions, a Black-owned national social impact consulting firm that delivers a full range services for the nonprofit and philanthropic sectors. 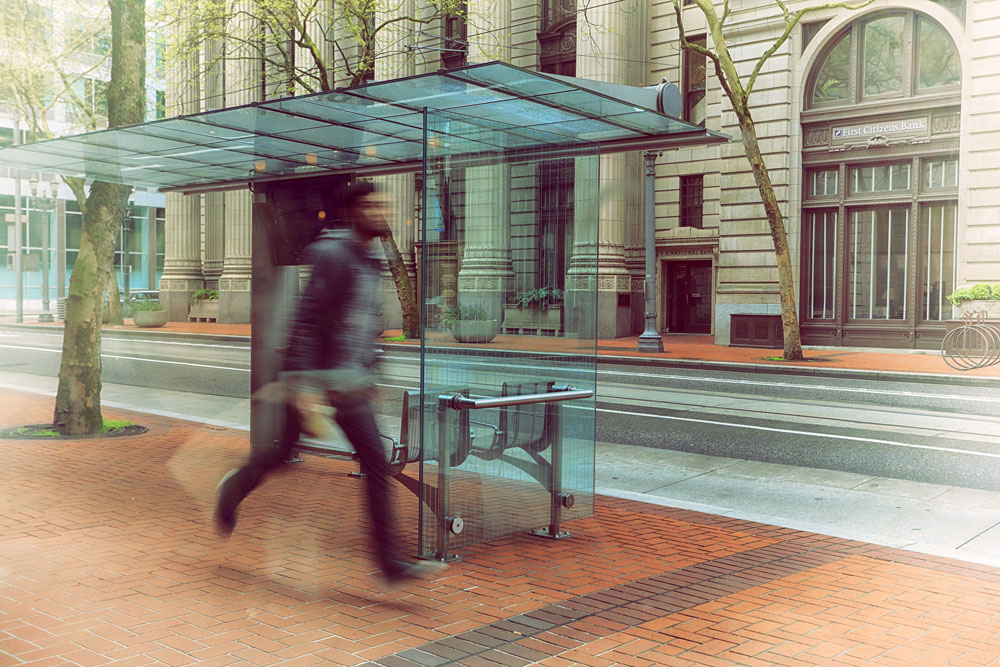