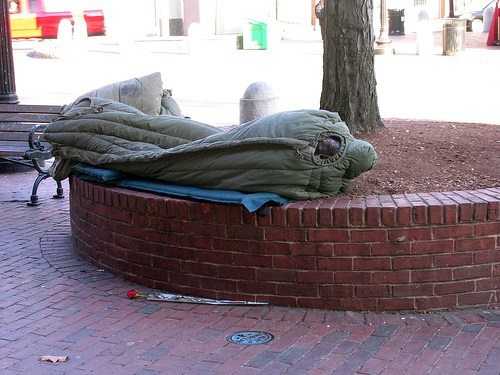 The precipitous closure of a bridge in Boston this past fall closed off access to one of the city’s largest shelters and substance-abuse treatment sites right as winter loomed. Although everyone in the sheltering and treatment communities has been working hard to make extra space, the issue has now become critical as Boston looks forward to frigid, sub-zero temperatures over the next few days even as demolition of the bridge begins.

More than 500 homeless beds and another 200 treatment beds were lost when the bridge was closed without notice on October 8th. Since then, a patchwork of beds has been set up in other shelter facilities, but the plunging temperatures have increased the immediacy of the situation.

One of the concerns about those displaced from Long Island is that they would be harder to locate because their relationships with shelter workers have been severed. Additionally, homeless people have been barred in recent years from the major airport and train stations, making outreach even harder.

Still, providers are doing all they can. The Boston Night Center, which has been closed for a number of years due to budget cuts, has reopened under the management of Bay Cove Human Services and will be able to provide a warm place for up to 65 people, though without beds. “I’m really glad we got it open when we did,” said Bill Sprague, president of Bay Cove. “The next few nights are going to be brutal.” Dr. James O’Connell, president of Boston Health Care for the Homeless Program, said he is panicked by the situation.

Meanwhile, city officials are still working on opening of a new shelter on Southampton Street, which is meant to replace the beds on Long Island. It will start with only 100 beds for men later this month and may house 500 people by this spring. The Boston Rescue Mission added 30 cots last month and is serving 35 percent more meals since Long Island closed. And more than 100 people have been sleeping on the floor of the lobby of the Pine Street Inn. Another 250 men have been sleeping on cots and mats at the South End Fitness Center, which has been in operation since October.

The bridge closure was made soon after current mayor Marty Walsh took office, following the long tenure of Mayor Tom Menino. The timing of the closure and the way that it was accomplished in light of the possible consequences are obviously being scrutinized as an early test of the new mayor’s leadership capacity.—Ruth McCambridge