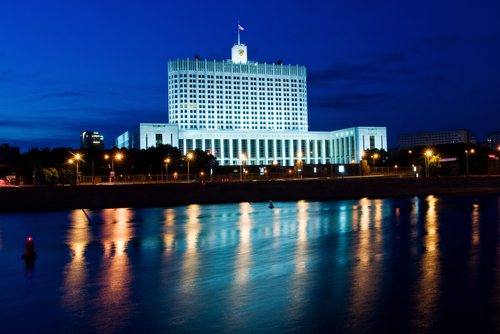 Last week, lawmakers in the Duma, Russia’s lower house of Parliament overwhelmingly approved a bill that will place additional registration and reporting requirements on nonprofits that take foreign money. The bill is expected to pass into law. This is seen as part and parcel of a crackdown on Russian dissent in general. One of the bill’s requirements for nonprofits receiving contributions from outside of Russia is that they would have to register as “acting as a foreign agent.”

Since Putin’s inauguration for a third presidential term, other legislation that could squelch dissent has passed through the Duma, including a measure that imposes much harsher penalties for participants and organizers of unsanctioned political protests and a measure that gives the Russian government new abilities to restrict “harmful” Internet content. A law that recriminalizes libel and slander also passed on Friday (only about half a year after it was decriminalized), leading Boris Kashin, a member of Parliament from the Communist Party, to say, “The fate of a banana republic awaits us—you won’t shut the mouths of the people in the current situation…You are doing absolutely nothing to ensure that the country develops as it should.”

The measure has come under fire from human rights groups, including Memorial, which published a blog post stating, “After the passage of the judicially illiterate and extremely dangerous political changes to the legislation on demonstrations, the State Duma has helter-skelter brought changes to the law on nongovernmental organizations. The speed with which this is being done is striking. One might think that the enemy is already at the gates of the capital and only changes to this law will save the fatherland.”

The bill is similar, in spirit, to one that we noted Israel passed in February of this year. Look for a more in-depth analysis of this situation here at NPQ later in the week. –Ruth McCambridge