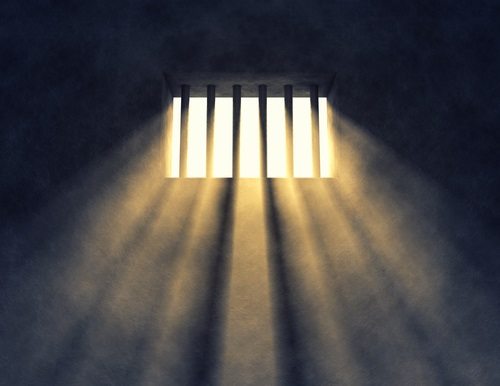 More than 70 years after his execution, a judge has vacated the murder conviction of black teenager George Stinney, Jr.—at 14, the youngest American to be executed—due in part to the efforts of civil rights activists. Judge Carmen Mullen decided to vacate the murder conviction of Stinney, writing that he did not get a fair trial because the prosecution had “fundamental, Constitutional violations of due process.”

Stinney was arrested and convicted in the Jim Crow South in 1944 after confessing to the beating deaths of two young white girls, an 11-year-old and a 7-year-old, in a trial that lasted only one day. The jury, composed of 12 white men, returned a verdict in 10 minutes to execute the teenager despite the lack of any physical evidence linking the young boy to the crime. Famously, Stinney was too small to properly fit in the electric chair and had to be propped up with a phone book. An independent film company, Pleroma Entertainment, announced this past summer their intent to produce a documentary about Stinney’s case as their first feature film. The film is called 83 Days, in reference to the 83 days between the time of his arrest to his execution.

Judge Mullen was left to deliberate without the formal case file or transcripts from the original trial. Almost all the witnesses from the time of the crime are also deceased. (Part of Judge Mullen’s 28-page response indicates that had this case been brought forward 20 years ago, witnesses from the original trial would have been alive to be questioned again to give a fuller understanding of the original trial.) Mullen concluded that it was “highly likely that the Defendant was coerced into confessing to the crimes” and the white law enforcement officials took advantage of his age by separating him from his parents.

Several other errors in judgment, such as failing to change the venue of the trial given the strong public reaction to the crime and Stinney’s ineffective counsel who “did little to nothing in defending Stinney,” left Mullen to contend, “I can think of no greater injustice than a violation of one’s Constitutional rights which has been proven to me in this case by a preponderance of the evidence.”

Even the prosecutor in the case, Ernest A. Finney III, solicitor of the Third Circuit Court, representing the state’s opposition to the motion for a new trial back in January, indicated that a miscarriage of justice had occurred, although it conformed to the laws at the time. “Back in 1944, we should have known better, but we didn’t,” Finney said. “The fact of the matter is, it happened, and it occurred because of a legal system of justice that was in place.”

Stinney’s case has not generated as much interest as other potential wrongful conviction cases, due most likely to the 70 years that separates us from the crime. Along with Stinney’s family and their representing law firm, the catalyst for the reevaluation of the case came from George Frierson, a historian and textile inspector from the area who found the case back in 2004 and felt a injustice had occurred. The Equal Justice Initiative and the website Causes, an campaigning site, had been part of the movement to obtain a posthumous exoneration, or at least recognized the importance of the case. However, civil rights juggernauts like the American Civil Liberties Union and the Innocence Project did not seem to have any part in the movement for Stinney’s exoneration. Rather, a private law firm with seemingly no tie to the nonprofit sector represented Stinney’s family.

It is unclear whether institutional non-involvement in Stinney’s case is a result of disinterest or perhaps futility in dredging up a decades-old case. However, the tensions in Stinney’s 70-year-old case closely align with recent cases focusing on the deaths of black teenagers and men at the hands of white law enforcement officers. Among the errors Judge Mullen noted was that white officers, whom Stinney would not have been comfortable or familiar speaking to, intimidated him into a confession. While the injustices in Stinney’s prosecution are far beyond something a modern America would find in its courtrooms, the sentiments remain, and there are still lessons to be learned—one being that the passage of time does not undo an injustice; only the recognition and reversal of the wrong can do that.—Shafaq Hasan