The Baptists and the Boy Scouts 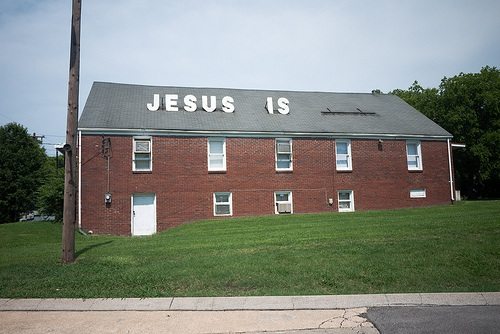 One headline on the Fox News website reads “Southern Baptists condemn Boy Scouts over admission of gays,” but USA Today’s headline is “Baptist denomination says it won’t leave Boy Scouts.” The truth is that while the largest denomination of Protestants in the country disapproves of the Boy Scouts’ vote to allow gay scouts, and though they have called for the resignation of the BSA’s execs, they stopped short of asking their congregations to boycott the activity. (A full boycott recommedation wouldn’t be out of character for them; between 1997 and 2005, the Southern Baptist Convention asked members to boycott The Walt Disney Company because it provided benefits for same-sex partners of employees and hosted gay theme nights.) The Southern Baptists claim 16 million members, and 45,000 churches or “church-like missions,” but its membership is said to be declining.

This flies in the face of some predictions that the relationship would quickly be severed once the vote was taken. The resolution, however, stated that if individual churches wanted to sever their ties with BSA, they would not be looked on with any disfavor. Baptist churches sponsor 108,000 Boy Scouts in 4,000 units.

In an odd juxtaposition, the group also took up and passed a resolution requiring Southern Baptists to report child abuse to authorities. The group has chosen not to implement a database of ministers accused of abuse, arguing that member churches are independent and that the denomination does not have the authority to require the sharing of that information.—Ruth McCambridge