The Future of Free Health Clinics under “Obamacare” 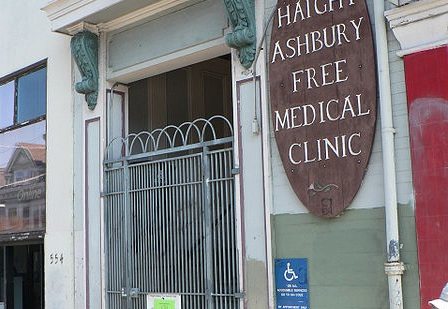 Free medical clinics have been lifesavers to thousands of people lacking health insurance these past few years during the run-up to the official start of expanded health insurance coverage under the Affordable Care Act. The NPQ Newswire has commented admiringly on free health clinics in the past, notably here and here, and here and here. But how would free health clinics fare under the ACA, given the presumption that the legislation would provide coverage to millions of people who currently carry no insurance.

Barbara Vinograde, the director of the Iowa City Free Medical and Dental Clinic, admits that she doesn’t have all the answers to this question, given the complexity of the ACA and the details for its operationalization still being worked out, but she offers some. First, in Iowa, Medicaid was expanded pursuant to the ACA. As a result, people in the state with incomes up to 138 percent of the federal poverty level will be covered by Medicaid with no premiums assessed for the first year and, if people follow “preventative/wellness activities,” no premiums in the future. That’s good, but limited.

She notes, “access to insurance—by itself—is not the answer to reforming our current system…[but a] first step on the road to health care reform, the first step in creating a system where all people have access to affordable care.” With the expansion of Medicaid, “between 2014 and 2019, approximately 150,000 newly enrolled Iowans will need to find primary care providers,” Vinograde explains. Presumably, as previously uninsured Iowans, their primary care providers were the doctors and nurses in emergency rooms or free clinics—or no one at all. So for poor people with new Medicaid coverage, the question of access will be which doctors will accept Medicaid and participate.

Vinograde observes as we did that there will be people who remain uninsured after January 2014. We pointed out undocumented immigrants as well as naturalized citizens in the U.S. for less than five years. She adds “people unable to afford insurance, even with subsidies,…people who make too much money to qualify for subsidies but cannot afford the premiums, people…unable to navigate the system due to its complexity, [and]… people who choose to pay the penalty for not having insurance rather than paying the premiums.”

Despite the impending start of the ACA, free clinics are finding no reason to cut back on their activities. In recent days and weeks, the announcements of new free clinic initiatives, including many that look to continue for the long run, as opposed to existing as special, short-duration healthcare treatment events. In Davenport, Iowa, a walk-in clinic called Free Access for Teens is opening up in the Edgerton Women’s Health Center, with services provided on the first Wednesday of every month. Starting initially as a mobile facility and transitioning to a permanent location, a free clinic will be opening this fall in Stamford, Connecticut, sponsored by the global disaster relief organization, AmeriCares. Last year, despite political opposition, the state of Montana opened up a free clinic for state employees in Helena and is opening a second free clinic in Billings.

Among the free clinics of Pennsylvania, their future under the ACA has been a big topic of discussion, as some anticipate the smaller ones might go out of business or convert to advocacy once the legislation is fully operational. However, those with larger, full-time staff complements, particularly free clinics such as the Birmingham Free Clinic in Pittsburgh, anticipate continuing because of the likely need to serve the “indigent underclass” that will likely be without health insurance after January of 2014.

Wherever they are, they know they will have to change based on what the ACA proves capable of doing in the end and where it falls short of the needs of lower-income people. As the director of a free clinic, Vinograde will be watching to see how low-income Iowans fare once the ACA really gets going next year. Like many others, she will have to be nimble and creative to adjust the service of the Quad City clinic to the needs of the people and families who simply fall between the ACA’s cracks.—Rick Cohen