The Kauffman Foundation is Latest in for Profit Media Support – Thoughts? 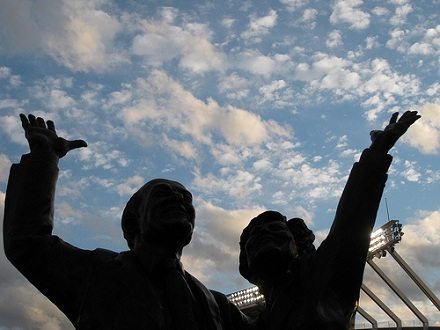 The Ewing Marion Kauffman Foundation has announced it will sponsor the for-profit media group, Silicon Prairie News. Silicon Prairie News is a digital media company that promotes an “emerging model for grassroots entrepreneurial ecosystem development,” covers the geographic region of Omaha, Neb.; Des Moines, Iowa; and Kansas City, Mo. The Kauffman has recently declared a recommitment to the Kansas City Area which some felt had been largely abandoned by the foundation.

The Kauffman Foundation support is considered sponsorship. The foundation calls the sponsorship “significant,” but Kauffman gets prime placement on SPN’s website as the sole sponsor listed. This is the same foundation, by the way, that took out a 30-second Superbowl advertisement and has established its own charter school that it will run.

That said, it is no longer unusual to see a large foundation invest in a for-profit news site. The Ford foundation recently made a $1 million grant to the L.A. Times to expand its coverage of immigration and ethnic communities, the California prison system, and coverage of Brazil. The Gates Foundation has made a number of grants to for-profit news sites for coverage of issues that they are specifically interested in – such as this $1.5 million dollar grant to ABC News for their coverage of global health issues. These are not isolated occurrences, and are eliciting questions and concerns regarding the ability of some mega foundations to direct the media’s focus on major issues like education strategy and health priorities. This issue is connected to concerns about such bodies’ influence in related policy circles.

Warren Buffett, (a big investor in the Gates Foundation), has exhibited his interest in the for-profit media by investing non-philanthropically, this time with $142 million in a network of community newspapers. We wonder what you think about all this foundation support of for-profit enterprises. –Kristin Barrali and Ruth McCambridge