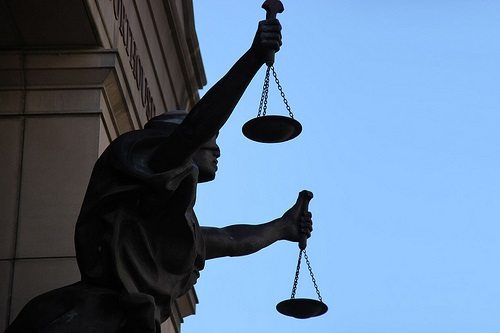 According to a new report issued by the Boston Bar Association’s Statewide Task Force to Expand Civil Legal Aid in Massachusetts, 64 percent of the low income people in Massachusetts who applied for and were qualified for civil legal assistance were turned away over the past year because the funding was not there to support the representation. In total, an estimated 30,000 were denied legal services in cases having to do with such things as child custody, foreclosures, and employment violations.

Martha Minow is the dean of the Harvard Law School and one of the 32 members of the task force that produced the 37-page report. “When you have people who are literally not represented in actions where they can lose their homes or face physical violence, where they can’t get legal remedies to which they’re entitled, there’s a failure to live up to the rule of law,” said Minow.

As NPQ has reported on a number of occasions, civil legal aid is in significant part paid for by the Interest on Lawyers’ Trust Accounts (IOLTA). This is derived from, among other things, the interest paid on money that lawyers hold in trust for clients during real estate transactions. That money was precipitously eroded, first by the decline in the housing market and then by today’s historically low bank interest rates. In 2007, before the big recession, that fund generated nearly $32 million in interest; this year, only $4.5 million is expected to be generated.

The report calls on the state of Massachusetts to triple its current annual investment of $15 million over the next three years. Through increasing legal aid funding, the report says, the state will get a good and immediate return on investment.

“By funding more civil legal aid, the state will actually save monies spent to house the homeless and provide medical care and other assistance for victims of domestic violence, and will increase the flow of federal monies into the state. In fact, for every additional dollar spent in civil legal aid to combat homelessness and domestic violence, the return to the state is two dollars, and for everyadditional dollar spent in civil legal aid to assist Massachusetts residents to recover federalbenefits, the return is close to five dollars. Increasing civil legal aid is not only the right thing to do in order to assure equal access to justice for all, but a smart investment for the Commonwealth.”

Not all areas in which cases were turned away received equal impact. Those involving family law, such as child custody and domestic abuse, experienced the highest rate of turnaways, at 80 percent. “A whopping 11,843 disadvantaged individuals or families facing eviction or foreclosure were turned away over the course of one year, and some 21,197 persons with family matters such as cases involving child abuse and domestic violence were turned away in the same period.” according to the report.—Ruth McCambridge