Most U.S. Public School Students Are Now Low-income so… 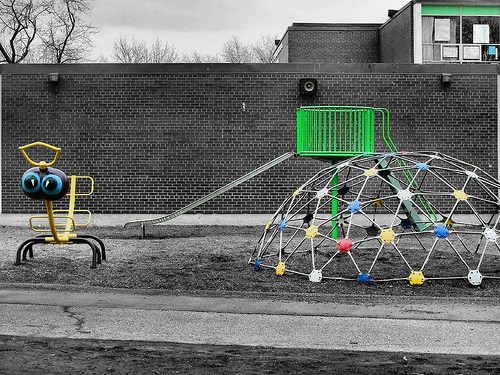 For the first time in 50 years, students from low-income backgrounds now comprise the majority of the country’s public school system.

The Southern Education Foundation released a report indicating 51 percent of public school students came from low-income households in 2013. The results in the report were compiled through assessing what portion of students were eligible to receive a free or reduced lunch under the National School Lunch Program, a federal initiative that requires a household to fall within certain income eligibility levels or under the federal poverty line, depending on the number of people in the household.

Mississippi percentage of low-income students was the highest, with three out of every four students being low-income. Along with Mississippi, 12 out of the 14 states with the highest proportions of low-income students were southern states, including Louisiana at 65 percent and Arkansas and Georgia tied at 61 percent. With the exception of Delaware, the District of Columbia, and New York, northern states have comparatively lower rates of children in a reduced or free lunch program, with New Jersey, Massachusetts, Connecticut, Vermont, and New Hampshire falling into the lowest bracket on the chart.

While the qualifications of the lunch program are far from a perfect measure of poverty levels in these states, the trends demonstrated and tracked in the report have already been documented and corroborated: the increasing numbers of low-income children slowly encompassing greater and greater percentages of the public system in the past several decades:

“This defining moment in enrollment in public education in the United States comes as a consequence of a steadily growing trend that has persisted over several decades. In 1989, less than 32 percent of the nation’s public school students were low-income. By 2000, the national rate as compiled and calculated by NCES had increased to over 38 percent. By 2006, the national rate was 42 percent and, after the Great Recession, the rate climbed in 2011 to 48 percent. NCES data shows that in 2012 the rate of low-income students was barely below one-half—49.6 percent. In 2013, the rate crossed the threshold of one half so that in 2013 low income students became a new majority in the nation’s public schools.”

The trend likely corresponds to the ever-widening gap between the rich and poor, an inequality that has the tangible impact of segregating socio-economic groups into neighborhoods and areas according to their income brackets. The past same year as the reported data in the foundation’s report, the Pew Research Center published results showing that “the…gap between blacks and whites has reached its highest point since 1989. […] The current white-to-Hispanic wealth ratio has reached a level not seen since 2001.”

The question posed now is how schools will step up and address the unique challenges posed by having a greater number of students from low-income backgrounds. “When they first come in my door in the morning, the first thing I do is an inventory of immediate needs: ‘Did you eat? Are you clean?’ A big part of my job is making them feel safe,” said Sonya Romero-Smith, a teacher at Lew Wallace Elementary School in Albuquerque. According to the report, New Mexico has one of the higher rates of low-income students, with 68 percent of students qualifying for free or reduced lunch plans.

Teachers’ roles extend beyond simply being an educator to truly addressing the issues inherent with a child stuck in a cycle of poverty, or at least living in a household that is struggling financially. Being fed, safe and healthy are likely primary concerns over getting to school on time. As Hari Sreenivasan asked in his PBS NewsHour interview with Post writer Lyndsey Layton, “How can we really focus on tests if what you’re saying, and what this teacher is saying is, is that we really have a deeper underlying problem, that kids aren’t going to be thinking about tests when they’re thinking about whether they’re hungry?”—Shafaq Hasan