Editor’s Note: NPQ is proud to say that this article written more than 15 years ago remains a classic—because this is a question every board of directors should be able to ask and answer. It was first published online on September 21, 2002.

What power have you got? Where did you get it from? In whose interests do you exercise it? To whom are you accountable? How do we get rid of you?
— Hon. Tony Benn, Labor MP

Few would argue against the notion that boards of directors are supposed to represent the interests of “owners.” Yet, despite the intuitive importance of specifying ownership, over 70 percent of nonprofit board members interviewed regarding their perspective on ownership and accountability believed that they were accountable only to their board–or to no one at all.

This finding was particularly alarming because it raised fundamental questions about how decisions were made. I would argue that in order to discharge its basic legal and moral responsibilities, the nonprofit board of directors must focus on its mission and develop a clear understanding of how the concepts of ownership and accountability influence its decision-making.

And, in light of recent media attention on administrative misconduct by nonprofits, nonprofit boards will likely become increasingly sensitive to issues of ownership and accountability.

This study of 12 nonprofit boards in New York and Connecticut was conducted over nine months (August 1999 to May 2000) and involved direct observation of some 40 board meetings and interviews of 58 board members. Participating boards governed a symphony orchestra, United Way, Girl Scout Council, and a range of human services providers. The sample included 10 local organizations, one statewide and one international.

We all know that although a corporate board of directors may have multiple constituencies to whom it is answerable, its primary accountability is to the firm’s ownership, which has been explicitly defined as the corporation’s shareholders. What this means is that it is the board’s responsibility to make sure that owner interests are safeguarded whenever decisions are made.

Contrast this fairly straightforward definition of ownership to what I call the “dual ownership” in the nonprofit sector. Nonprofit boards have both a legal responsibility to discharge a public benefit purpose and an ethical obligation to meet the expectations of those on whose behalf the organization exists. This means that nonprofit boards are accountable to both a legal ownership and an ethical, or moral ownership. By law nonprofit ownership is vested the community, which has granted it certain exemptions and entrusted it with scarce resources to serve a particular social need.

In his Policy Governance Model, John Carver defines a nonprofit organization’s ethical ownership more specifically with a concept he calls “moral ownership.” Carver describes the moral ownership as “a special class of stakeholders on whose behalf the board is accountable to others.”  Similarly John Smith, in his book, Entrusted: The Moral Responsibilities of Trusteeship, draws attention to the fact that although boards may feel as though multiple stakeholders are pulling in competing directions, it is the role of the board to sort out these conflicts in a way that is faithful to its calling and to those the organization exists to serve.

When the board recognizes its public trust obligations and makes decisions that are mission-focused and responsive to constituent expectations, it makes clear the decision criteria by which it will sort and prioritize multiple, often competing operational expectations. As such, the resulting decisions are justifiable to a broad array of stakeholders. In short, by defining moral ownership, the board unequivocally specifies “who” is important and how the organization will meet its public benefit purpose, thus fulfilling its fiduciary obligation to the legal ownership.

Nonprofit organizations and their governing boards often look to the external environment for resources needed to survive. What is important to remember, however, is that there is a voluntary element to resource exchange. Nonprofit organizations are not required to accept donations, grants, or contracts to provide specific services. In most instances, the organization is free to choose whether it will enter into an agreement with a particular resource provider or seek an alternative source of revenue.

Although it is true that these resource providers may have a stake in the organization–and the board may feel some obligation to these stakeholder groups–vendors, donors, and funders are not owners. Owners are those stakeholders with interests and concerns the board is legally and morally obligated to acknowledge. As Carver explains, “The test for ownership is not with whom the board makes a deal, but whom the board has no moral right not to recognize.”

Specifying Ownership and Governing with Accountability

Even though over two-thirds of the board members I talked to could not articulate a common constituency to whom they were accountable, there were three boards that took a leadership role in specifying the ways in which responsiveness to “client” expectations helped them to be accountable to both the legal and moral ownership (although they did not use these exact terms). These boards were able to establish criteria for and to justify important decisions.

Let me give you an example of what happened when one board that was challenged to decide between a course of action that was reflective of “client” expectations and a decision that made “good financial” sense. Because this board recognized its moral obligation to the constituency served they were able to justify a decision that was not financially sound in the short-term but that was consistent with client-based, long-range programmatic goals and objectives.

I heard the following comment at a meeting of the board of directors for a human service organization, “This is the fourth year in a row that this program has been loosing money. It has taken a loss of $500,000 and I think it is time to throw in the sponge.”  The board member who made this statement put forth a motion to dissolve the program. A startled hush fell over the room. The first impassioned response came from the vice president of the board, “Sometimes nonprofit organizations run programs that are of great benefit to the clients even if they cost the organization money…”

Another board member added, “There is a need for this program. I remember there being a waiting list. I feel strongly that we need to meet the needs in the community. We are a nonprofit, we are not in this to make money…” And so it went for 45 minutes, one antagonist trying “to stop the bleeding” against the rest of the board arguing that the program should continue because “We are a not-for-profit, we serve a disadvantaged population, and as long as we are financially sound we are okay.”

At the end of the discussion, the board voted to continue the program. Even though the decision may not have appeared to make financial sense, it was justifiable because it was responsive to the interests of the community (owner) and consistent with the organization’s mission.

Given the fact that nonprofit boards are answerable to multiple stakeholders with differing, sometimes conflicting, expectations and demands, there is often ambiguity around the issues of ownership and accountability. However, determining moral ownership and governing your organization with integrity and accountability can be done. I believe it requires the board to engage in three key activities.

1. Make explicit the moral ownership group to whom the board is accountable.

Few board members have difficulty understanding their fiduciary responsibility to the community. However, the board must recognize that in addition to its public trust obligation it must go through the process of distinguishing the interests of its moral ownership from those of other claimants. Moreover, it is essential that everyone on the board and in the organization be in agreement with regard to the organization’s moral ownership. In this way, board decision-making is justifiable, mission-focused, and responsive to a common constituency. Although nonprofit organizations may receive significant funding from donors or other sources, it is important to remember that these stakeholders are not owners. The board must avoid the temptation to allow resource providers to influence mission and purpose. To that end, the moral ownership must be reflective of the basic purposes for which the organization exists. Remember, only when the board goes through the process of determining moral ownership can it truly be accountable to the legal ownership.

2. Establish a clear mission that articulates a commitment to the moral ownership–the group for whom the organization exists.

A clear mission that board members are committed to, helps keep decision-making focused. Mission-clarity also keeps the leadership loyal to a shared purpose and common constituency–helping them to resist resource-based pressure to compromise the interests of the moral ownership. Consequently, the temptation to make short-term, financially attractive decisions that might ultimately distract the organization from their long-range primary goals and objectives is avoided. Moreover, when the mission has a clearly articulated value dimension, board decisions are justifiable and board action is accountable to a broader constituency (the legal ownership).

3. Establish a connection with the ownership.

Only three of the twelve boards I studied had members who were able to articulate a common constituency to whom they were accountable. Notably, each of these boards maintained elaborate information systems linking the organization’s leadership to those it served. All three participated in comprehensive client surveys designed to elicit feedback on needs and expectations from program participants. These boards also invited organizational representatives and other guests (direct-care providers, service recipients, and volunteers) to board meetings to discuss program offerings and current levels of service with members of the board. One board even held a meeting at a service delivery site so that board members could visit the facility and speak directly with beneficiaries.

What distinguishes these activities from “token” attempts to pacify the moral ownership is that these boards not only solicited input from their constituents, they made these comments and concerns a central part of their planning and budgeting processes.

Judith L. Millesen is a professor and MPA director at the College of Charleston. Her research makes a strong link between theory and practice, and focuses on nonprofit administration and capacity building in the sector, with special interests in board governance and community philanthropy. 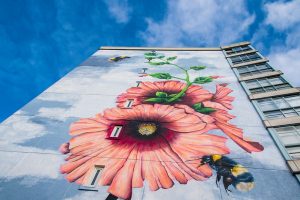 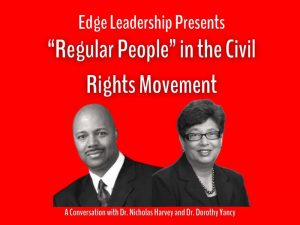 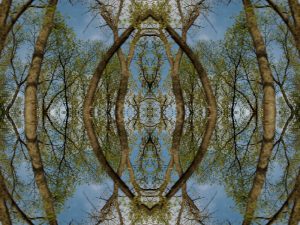 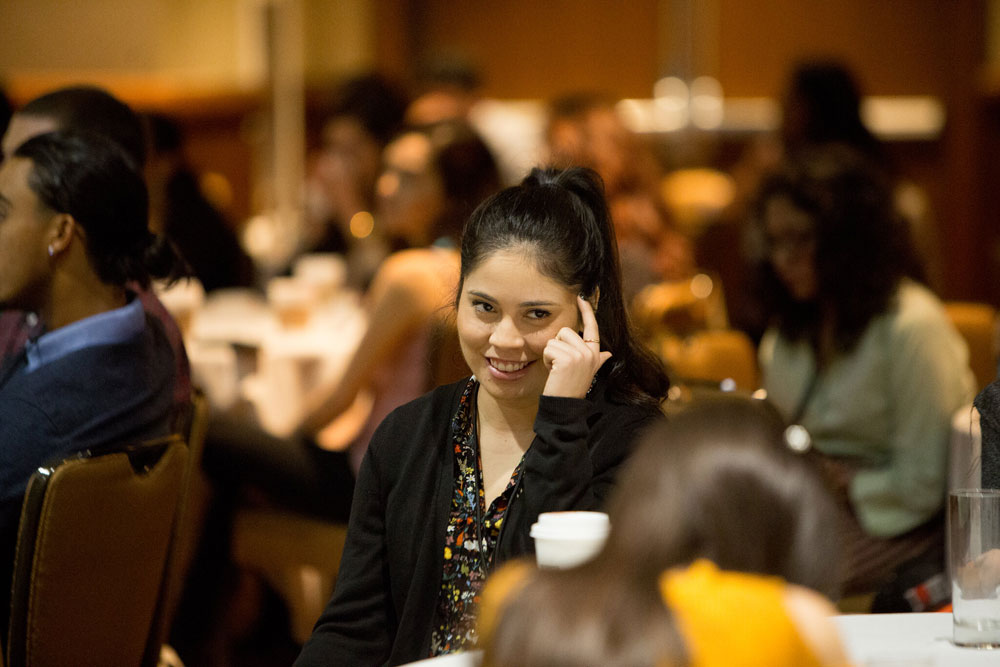 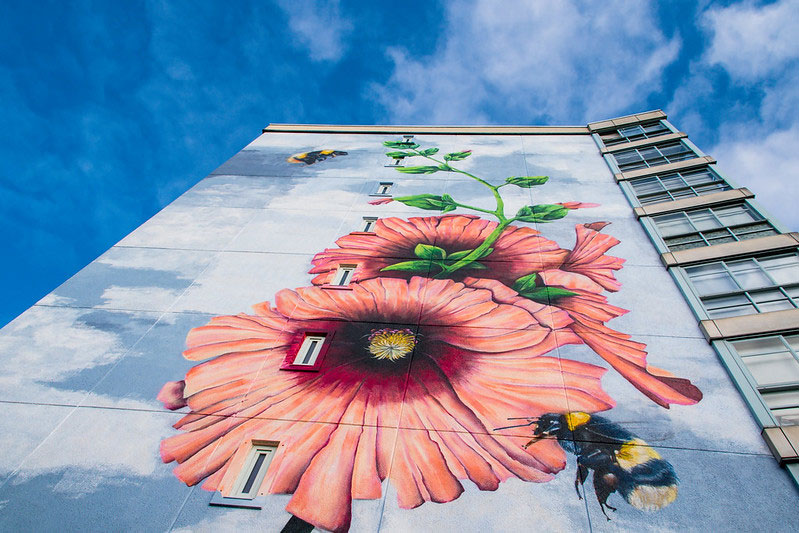