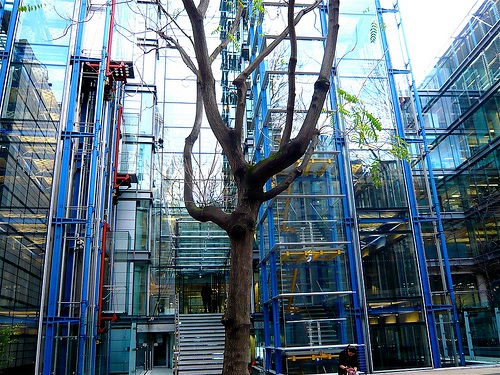 People might be surprised to discover that Britain’s largest charity is not one of the best known, like Amnesty International, Oxfam, Red Cross or the World Wide Fund for Nature. Instead, it is the Lloyd’s Register Foundation, which, reports the Guardian, became the first UK registered charity with a turnover of more than £1 billion. Its first annual accounts since registration, say the Guardian, show that of total expenditure of £1.029 billion ($1.59 billion) in 2013–14, £1.010 billion ($1.56 billion) went on “trading to raise funds” and only £18 million ($28 million) on “charitable activities.” These activities were grants toward academic and research programs.

Of course, set against a headline figure of £1 billion turnover or the description “Britain’s biggest charity,” £18 million worth of grants seems not very charitable. The problem, though, lies partly in assuming that the public benefit of a charity can only be measured in monetary terms and partly in a failure to look more closely at the organization’s accounts.

Lloyd’s Register today is much more than a register of the world shipping. Nowadays, it describes itself as “a global engineering, technical and business services organization.” Its mission is “to protect life and property through securing high technical standards of design, manufacture, construction, maintenance, operation and performance.” In other words, it offers technical and engineering consultancy to ensure safety and regulatory compliance to shipping and other transport and heavy engineering industries.

For more than three centuries, it has operated as a mutual aid society. Until recently, it was an Industrial and Provident Society (IPS), a form of nonprofit in British law. According to Lloyd’s Register itself, changes to the regulation of IPSs persuaded the rethink and adoption of charity status as its new form of corporate structure. Under this structure, a new charity, the Lloyd’s Register Foundation, was created just over a year ago and is the sole shareholder of a trading company called Lloyd’s Register Ltd.

The Guardian speculates that seeing Lloyd’s Register heading the list of Britain’s biggest charities will reignite political debate about what should be considered a charity. The recently re-elected Cameron government, in fact, sought that debate in 2011 and made some changes to the legislation and legal definition of charity. However, some MPs are still unhappy.

The original definition of charity in the USA and UK, as is well known, dates back to 1601. In the centuries since, in the USA and UK and many other countries whose charitable legislation was based on the 1601 Statute, various attempts have been made to improve upon the model. Arguably none have succeeded. The criterion that causes the most debate is given the heading, “public benefit.” Many attempts since 1601 to give this a more precise definition have been abandoned and have left it to courts and tribunals to decide.

In the case of the Lloyd’s Register, it seems a reasonable argument that its mission to protect life and property is, on the face of it, of public benefit. As the foundation is for public benefit, and as it is a nonprofit in the UK, it can be registered as a charity. In the UK, being a “registered charity” means it has certain tax exemptions. As it does not distribute its profits, these are not taxed. The trading company it owns, Lloyd’s Register Ltd, however, is not exempt from tax and the consolidated group accounts available on the Charity Commission website show the tax it paid.

The Guardian makes the point that this only amounts to £23 million. However, the trading company’s profit was only £51 million—in other words, it paid around 45 percent of its trading profit in tax. The previous year, it paid £13 million in tax. This does seem to support the statement given by the foundation CEO, Richard Clegg, that the adoption of the charity model has “zero to do with trying to improve its tax situation.”

The Guardian’s other quibble with Lloyd’s Register seems to be that of its £1 billion turnover only $18 million pounds has been distributed in charitable grants. The problem here is that the £1 billion relates to Lloyd’s Register Ltd.’s global activities as an engineering, technical and business services provider employing more than 9000 people. Charitable accounting regulations require that this turnover be consolidated in the reported accounts of the Foundation. Yet a closer look at those reported accounts present a much more “charitable” picture. The income of the foundation is, in fact, only £12 million, in the light of which £18 million of grants could be argued to be generous. Net assets, a fairer measure of the size of the Foundation, are £234 million.

Clegg stresses that the Foundation is still “ramping up” its grants strategy. Although there is no target, they hope to settle on an annual program of £25m-£30m.—John Godfrey

Correction: In an earlier version of this article. the CEO of the Lloyd’s Register Foundation had his first name incorrectly printed. NPQ apologizes to Mr. Clegg.