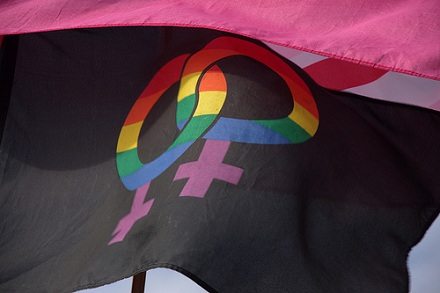 Long before “Will & Grace,” “Queer Eye for the Straight Guy,” or the “Ellen DeGeneres Show” was “In the Life,” the first and only national television series that focuses solely on issues relevant to the lesbian, gay, bisexual, and transgender (LGBT) community. Two decades after its founding, it will air its last show in December.

Believing that visibility was key to achieving equality and social justice for LGBT people, In the Life Media (ITLM), the nonprofit producer of the award-winning show that is a staple on many public television stations, “counters injustice and misinformation through dynamic, responsive and compelling use of both traditional and new media, including social networks, video sharing, online community organizing and blogs.”

In a press release, ITLM co-chairs Henry van Ameringen and Jayne Baron Sherman explain that creating high-quality and in-depth pieces on the real lives and unique issues of queer individuals and their families has gotten too costly. Van Ameringen and Sherman say, however, that they “are committed to using our available resources to reach the broadest possible audience.” In collaboration with other organizations, ITLM plans to create a web-based archive of historical videos documenting the LGBT rights movement.

The rapid shift in attitudes toward the LGBT community has much to do with Americans learning that many of their family members, neighbors, and colleagues happen to be gay and not a whole lot different from anyone else. “In the Life” can certainly be credited with helping pave the way to greater equality and justice for queer folks and their families. –Erwin de Leon