A Human Resources Thought: How to Get “Every Mind in the Game” 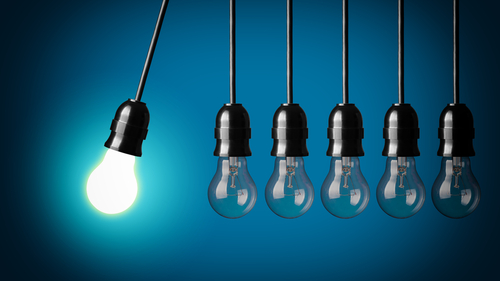 What can you do to encourage employee engagement and innovation in your organization?

“You want to engage every single person on your team to find a better way. You want to champion them for doing it and make a celebration out of what they improve, whether it be a more efficient accounting system, launching a new customer program, or making a screw in a factory turn a little faster to make things run a little better. Those are the real innovations. And, together, with every mind in the game, they are what makes a company competitive.”

It’s hard to imagine a system less welcoming of innovation than the federal government, and apparently things are not improving. Findings from the 2014 survey released this month about the best places to work in the federal government indicate that employees government-wide believe that support for innovation has declined since 2013. Still, there are some bright spots that must be noted.

The Partnership for Public Service teamed up with the Hay Group and Deloitte to analyze how government employees perceived their agencies’ support for innovation. Participants were asked how encouraged they felt to come up with new and better ways of doing things, whether creativity and innovation were rewarded, and whether they saw themselves constantly looking for ways to do their jobs better. The responses were index-scored.

The results were significant, indicating that workers are motivated to innovate. Eighty-nine percent said they were constantly looking for ways to do their jobs better. At the same time, 51 percent felt encouraged to do so, and only 32.7 percent believed that innovation and creativity were rewarded.

But there are always bright spots, and when it comes to federal agencies, some are more successful than others in creating cultures that seek to generate systemic change. Take the Department of Health and Human Services (HHS), for example. In 2010, it created the Idea Lab with the goal to “remove barriers HHS employees face and promote better ways of working in government.” Its founding premises are that every individual has the ability to improve the health and wellbeing of Americans, that people are more powerful when working together, and that there is a solution to every problem.

HHS Innovates, an award program that is part of Idea Lab, identifies new ideas with the potential to improve effectiveness. HHS’s Ignites program provides teams with start-up funding of $5,000 and three months to work on approved action plans. Knowing that external input is invaluable, HHS has created its Entrepreneurs-in-Residence program, inviting experts from the private and public sectors to assist in implementation.

Idea Lab’s successes include Project JumpStart, which has automated analytics and data-driven tools so that FDA medical reviewers could “more efficiently assess data from clinical trials, helping to ensure that safe and effective drugs are approved for public use.” At the Indian Health Service, employees designed a system to improve patient flow in the Emergency Department. Implementing continuous improvement, the National Institutes of Health created the FreeStuff website (no longer accessible) to help health agencies share equipment and supplies throughout the system.

These are some examples of the apparently rare bright spots for innovation in the federal government. We figure your organization can do better, but does it?—G. Meredith Betz