A Practical (and Possibly Provocative) Approach to Leadership Transitions 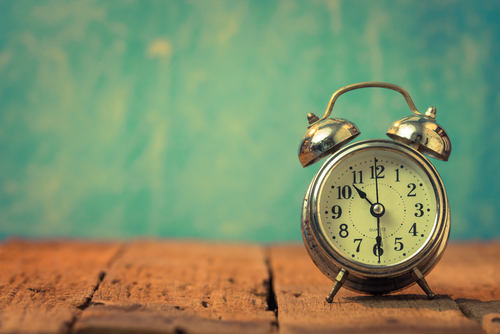 The Montshire Museum of Science in Norwich, Vermont, provides an excellent example of how this succession process can work. In early 2013, David Goudy, the highly regarded CEO of the Montshire Museum, informed the board of directors of his intent to retire in two years. The board and staff used this time to develop a broad, aspirational vision called Montshire 2020. The board then had ample time to hire a consultant who, guided by this strategic vision, helped the search committee find a new director. The Montshire Museum also took advantage of the goodwill that the community felt toward the retiring executive director and raised a special million-dollar fund in David Goudy’s honor.

Unfortunately, seamless transitions like this one are rare. Indeed, undefined tenure seems to be the norm in the nonprofit world. In many cases, CEOs do not reveal their intention to leave until they have secured a new job. In such cases, the organization rarely has more than a few months to find a replacement. In the circumstance where the board pressures the CEO to resign, the transition time is often even shorter, more contentious, and potentially more damaging.

The nonprofit literature is full of advice about the importance of succession planning. What this literature fails to address is the reality: Succession planning is an awkward and difficult topic. And like many awkward and difficult topics, organizations tend to avoid discussing it. Most boards simply never carve out the time to create a realistic and strategic succession plan. This observation about succession planning was confirmed in a recent survey we did of mid-sized nonprofit organizations in Vermont and New Hampshire. If the executive director is doing a reasonably good job, it seems that no one wants to ask when he or she is planning to leave.

How, then, does the organization create the right incentives and conditions so that this complex but important discussion happens? We have some suggestions that we think will benefit nonprofit organizations and their executive directors. But to set the context, let us start by sharing the results of our survey, which highlight several facets of the succession problem.

Results of Our Survey

In our eight-question survey, the one question on which we found unanimity was on the topic of performance reviews. When we asked how often the board reviewed the CEO’s performance, every CEO checked the box that said, “The board of directors is supposed to review their performance annually.”

When it came to the question of the quality of these annual performance reviews, only 12 percent (3 respondents) thought their board did an excellent job. In many cases, the review is done by a small group of board members; often, such reviews are conducted by the board chair, one on one. The results from our survey are consistent with some national surveys. In a survey of 3,000 organizations by CompassPoint, 45 percent of the executive directors reported that they had not had a year-end evaluation of their performance during the last twelve months, and only 18 percent said they had one that was very useful.

The results of our survey are, again, consistent with national surveys. Nonprofit HR Solutions wrote in their 2013 Nonprofit Employment Trends Survey: “69 percent of nonprofits surveyed reported not having a formal succession plan for senior leadership.” HR Solutions then goes on to say that when it asked survey respondents what keeps them from developing a succession plan, “the survey respondents indicated that it was simply not a top priority at the moment for their organizations.” This represents both a governance failure and a strategic opportunity.

One might postulate that a logical time to do succession planning is during the executive director’s annual review. As the board looks back over past accomplishments and forward toward next year’s goals, it might seem like a good time to think about the current and future leadership of the organization. We believe, however, that because these reviews occur annually, boards treat them more as tactical than strategic discussions, and often not particularly rigorous tactical assessments. If the executive director is doing a reasonably good job, the annual review is viewed as an opportunity for the board to express its gratitude and let the CEO know that they want him or her to stay for another year. Retention is often the primary goal, ruling out substantive succession planning.

If the annual review is not the right time to do succession planning, what is the right time? We think that one way to prod the board and the executive director to have the “awkward and difficult” conversation about succession is to offer the CEO a multi-year, fixed-term contract. Changing and bounding the time horizon, we think, will provide a strong incentive to change the conversation.

By employing a fixed-term contract, we believe that an organization automatically creates an incentive that will lead to a meaningful evaluation of how the organization is performing and what it hopes to accomplish in the next five years. In academia, where four- and five-year contracts are the norm for people in leadership positions, the decision about renewing the leader’s contract is approached strategically and seriously. If such a practice were employed by other nonprofit organizations, we believe the succession planning dynamic would change substantially. We would expect the entire board to feel compelled to have a rigorous discussion, not only about the renewal decision but about the current director’s ability to lead the organization over the next five years.

There is nothing magic about a five-year contract. Several knowledgeable nonprofit executives suggested that a three- or four-year contract would work as well or better. For this article, we use a five-year contract for simplicity and to underscore the idea that nonprofit organizations need to use a longer time frame as an incentive to do succession planning. We also use academia as our primary example rather than for-profit businesses. Contracts are quite common in companies, particularly in attracting new leadership, but businesses tend to rely on financial measures and financial incentives, which are less applicable in the nonprofit sector.

In academia, five-year “contracts” tend to be informal and are often in the form of letter agreements. The quintessential purpose of the letter or contract is to set shared and aligned expectations. The CEO has time to put his or her stamp on the organization, and the organization can expect the CEO to stay for the full five years. If things are working well, one would expect a meaningful dialogue resulting in a shared decision to renew for a second five years. Yet even when the decision is renewal based on mutual agreement, the organization and all parties benefit from having a renewed and updated sense of strategic vision, and a renewed and reciprocal mutual commitment based on strategy, not inertia.

In academia, and following the pattern established for U.S. presidents, the norm for people in leadership positions is to serve two terms. After eight or ten years under the leadership of even a successful executive director, an organization will undoubtedly be facing different strategic challenges. In a dynamic and changing environment, boards need to seriously investigate and discuss whether the executive director who led the organization to this new level is the right person to take it to the next level.

From the perspective of the executive director, we think that a multi-year contract also provides some important advantages. In addition to giving the executive director enhanced security and a reasonable period of time to implement important changes, it also sets a specific point in time for the board and leader to have a thoughtful reconfirmation of their relationship. In so doing, each party has the arms-length option to choose not to renew the contract. Each must make an intentional commitment. Among other positive dynamics, this avoids the unspoken “presumption” of continued service.

Ironically, this may also make it easier for a CEO who is inclined to move but is feeling “trapped.” While acknowledging that they are not indispensable, most executive directors build personal relationships that are critical to the success of their organization. They are often the prime contact with donors, board members, government officials, and community leaders. They may also feel a special loyalty to their hardworking staff, which makes it emotionally difficult to leave. And when an executive director leaves, it always raises questions with funders and others as to whether there are some deeper organizational problems and issues. These factors may create a “guilty inertia” for executive directors.

In our view, by changing from a one-year renewal to a five-year contract, the nonprofit organization is almost compelled to do succession planning. As the five-year renewal approaches, both the board and the executive director need to seriously assess the organization’s strategic trajectory and what skills and subject matter expertise the strategy requires. And finally, if the CEO or the board is not interested in a renewal, arrangements can be made so that there is sufficient time for a smooth transition.

There are rare individuals, like Michael Brown at City Year or Geoffrey Canada at Harlem Children’s Zone, who can lead an organization through all the stages of growth from a raw start up to a large, multidimensional nonprofit organization. Most leaders, however, have more limited skill sets that work best during a specific stage of an organization’s growth.

When Curt Welling was the CEO of AmeriCares, he asked George Rupp, who was then CEO of the International Rescue Committee, when he would know it was time to leave. Without hesitation, Rupp replied, “ten years.” And indeed, much to Welling’s surprise, not too long thereafter the IRC announced Rupp’s intention to retire after giving the board the opportunity to assess strategy and recruit a successor. The ensuing deliberative process resulted in a reconfirmation of the IRC’s long-term strategy and the successful recruitment of current CEO David Miliband.

Rupp’s quick and unambiguous answer reflects a number of the dynamics that prompted us to write this article. Without an incentive like a five-year contract renewal, nonprofit CEOs get reappointed if the organization is not in crisis and is doing okay financially. Succession planning does not happen and suboptimal accountability becomes the norm. By engaging in a fixed-term contract, organizations can create a dynamic in which the awkward and difficult conversation about succession is more likely to take place. We hope and believe that this conversation will take place in a strategic context from which all parties—the CEO, the board, and ultimately the organization—will greatly benefit.

A Tale of Two “Turnarounds”: Heading Back in the Right...