In 2012, a United Nations investigator said the US should return to Native peoples some of the land it had appropriated. The federal government has not complied, but a very few private owners are working out deals with Native tribes to share or transfer land rights.

One such deal was made this week, when the Ponca tribe of Nebraska accepted a parcel of land from farmers Art and Helen Tanderup. The land was part of Ponca territory and formed part of the Trail of Tears. The Ponca had been partnering with the Tanderups to plant sacred corn there since 2014, but they are now full and legal owners. The Ponca, the Tanderups, and area activist groups are working together to stop construction of the Keystone XL pipeline, whose proposed route runs through the land in question.

It’s an honor to be here today to celebrate this gracious and generous donation nation [from the Tanderups] to the Ponca Nation. This event is another step to healing old wounds and bringing our people together again to a land once ours. It offers another opportunity to remind and remember our ancestors who sacrificed the only home they knew, where relatives and loved ones died being removed from their homes. We celebrate this day in their honor and memory and will never forget where we come from and the sacrifices made so that we can be here today.

In addition to being historically significant to the Ponca, the land transfer is important because activists hope it will create difficulties for TransCanada when they request eminent domain over the route. Wright said, “When we talk about these issues on eminent domain, the Ponca Tribe is painfully aware of what can happen, how the federal government can make up its mind to erase a nation, to erase a people.”

When our alliance with the Tanderup family began several years ago, there was only one goal. Protect our Mother Earth for the future generations, just as our ancestors had. We shared prayers and found the commonality between the forced removal of the Ponca because of the desire for our resources, and the idea of using imminent domain for the same purpose…[sacred corn] “seeds of resistance” were planted on the proposed route of KXL to create a barrier.

Is this a case in which the wish to protect the land has inadvertently resulted in racial justice?

Janet Kleeb, chairwoman of the Nebraska Democratic Party and president of the Bold Alliance, said, “That land transfer not only protects the sacred ground and the certified corn we’ve been planting, but it also protects the Ponca Trail of Tears and more importantly serves as a force field against the Keystone XL Pipeline.” Wright explicitly thanked the Bold Alliance for helping facilitate the deal.

A number of people involved, including Camp-Horinek, say that the corn seeds were planted deliberately on the pipeline route, to create a barrier against it.

Art Tanderup, the farmer who gave the land back to the Ponca, said,

Our family was honored to have sacred Ponca corn seed planted on our Nebraska farm. The people of Neligh, in 1877, assisted the Ponca by burying White Buffalo Girl who died on the Ponca Trail of Tears. Over one hundred years later, that spirit of humanity continued as we joined with our friends and neighbors in replenishing their sacred corn and fighting against Keystone XL.

NPQ has covered other cases in which land was successfully reclaimed by Native tribes, such as in 2017 when the Jesuit St. Francis Mission gave over 500 acres to the Sicangu Lakota. Johnny Depp tried to buy Wounded Knee and give it back to the Oglala Sioux, but encountered resistance from tribal members who were suspicious of his motives and didn’t want an exorbitant price paid for the land.

This is not the first time the Ponca have been able to reclaim some of their land; in 2015, they took ownership of another portion of the Trail of Tears, and partnered with a nonprofit to operate the Homestead Trail that runs through it.

The return of this land to the Ponca by the Tanderups is a powerful act of resistance, both in the practical terms of making pipeline construction more difficult, and in figurative terms, because a unified community that recognizes and practices stewardship and justice has a better chance of winning their fights than one plagued by distrust and resentment. The recently transferred land may serve as a barrier to TransCanada, but most importantly, using it that way it will be up to the Ponca to decide.—Erin Rubin 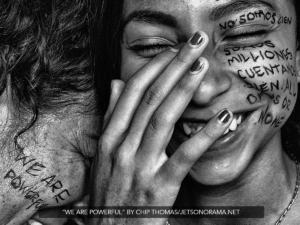 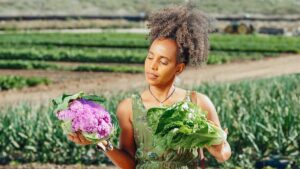