Healthcare costs have historically been based on the amount of care provided, such as the number of visits to a doctor’s office. The paradigm here is shifting, though, as value-based healthcare appears to be gaining ground.

Value-based healthcare is a healthcare delivery model in which providers, including hospitals and physicians, are paid based on patient health outcomes. Under value-based care agreements, providers are rewarded for helping patients improve their health, reduce the effects and incidence of chronic disease, and live healthier lives in an evidence-based way.

In the endeavor to restructure healthcare to bring the costs down, the typical social determinants of health (SDH) under consideration are nutrition, literacy, housing/neighborhood, and economic stability/employment. In order to standardize values assigned to the risk logarithms, however, all those involved in determining the models must be on the same page on which social pieces to include in the SDH.

Many are introducing another category to the discussion: socialization. If a patient is lonely, without support systems and community engagement, will it cost more to keep them healthy? The United Kingdom says “yes,” and started the new year by appointing a “Minister of Loneliness.” Even if the title is reminiscent of Monty Python, the country serious in its intention is to develop policies aimed at elderly caregivers and other members of a population increasingly living alone.

It should be noted that it is commonly recognized that the elderly do better with a community around them. Many nonprofits in the US already focus on bringing the elderly to centers and events to improve their quality of life. The Appalachian Agency for Senior Citizens, for example, is a 501c3 that started in 1975 which works towards healthy aging “to improve the quality of life for the elderly through charitable, educational, social services and other appropriate means.” They point out that lack of social support adversely affects the health of individuals.

This is a critical point, as the population that lacks friends and human discourse grows. According to Scientific American, the number of people with no intimates—no one to talk to—has tripled in the last few decades. More than a third of adults in the US do not belong to a group in their community.

Consequently, more than one third of Americans over the age of 45 report feeling lonely, with prevalence especially high among those under 25 and over 65 years old. “We live in the most technologically connected age in the history of civilization,” writes the former U.S. Surgeon General, Dr. Vivek H. Murthy, “yet rates of loneliness have doubled since the 1980s.”

People without confidants, living alone, have higher rates of mental conditions, such as cognitive decline and depression, as well as disease, with increases in infections. There is a monetary price already being paid for this: Medicare costs are an added $1,608 a year apiece for those who lack a social community, which is estimated to be $6.7 billion in total.

In 2010, AARP revealed that 55 percent of those responding to their survey who were in self-reported poor health also reported to be lonely. The former US Surgeon General, Vice Admiral Vivek H. Murthy, stated in a Harvard Business Review article, “Loneliness and weak social connections are associated with a reduction in lifespan similar to that caused by smoking 15 cigarettes a day and even greater than that associated with obesity.”

It seems that loneliness and socialization are well on their way to be included in the list of social determinants of health. As socializing becomes part of our value-based healthcare, it turns out that networking is not just good for business and nonprofit fundraising—it’s good for our health.—Marian Conway 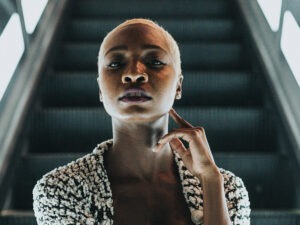