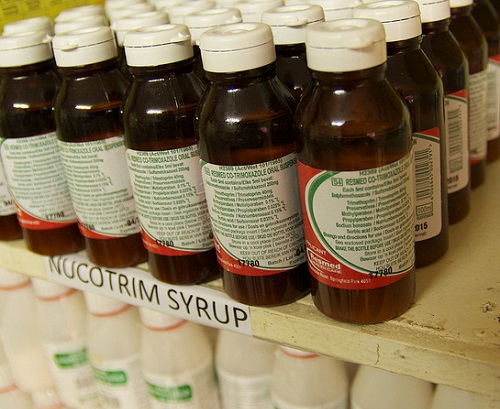 The second-largest insurer in the United States, Aetna, has agreed to lower the costs of pharmaceutical drugs to people living with HIV/AIDS after legal action by the AIDS Institute (TAI) and The National Health Law Program (NHeLP).

NHeLP and TAI filed a complaint  in May 2014 with the U.S. Department of Health and Human Services Office for Civil Rights, charging four Florida health plans, including Aetna, with unlawful discrimination against people living with HIV and AIDS.

Aetna announced on March 26th that HIV medications would be moved to a generic brand tier in all of its plans. This will lower co-payments, which were recently $1,000 a month for some medications, to a range of $5-$100, after deductibles. These reductions will be effective June 1, 2015.

Elizabeth G. Taylor, NHeLP’s executive director, said, “We are pleased that Aetna is taking the right steps. Our complaint cited these barriers to accessing prescription drugs, and we are glad to see developments to remove them.”

Statistics from the Centers for Disease Control and Prevention (CDC) show that more than 1.2 million people are living with HIV infections in the United States. Many of these are living healthy lives as a result of anti-retroviral therapy. Adherence to such antiretroviral therapies is critical to long-term survival. Two factors pose a challenge to the affordability of these courses of treatment according to the Fair Pricing Coalition, a group of activists who advocate regarding the price of HIV and hepatitis drugs.

One is the high cost of the drugs themselves. A spokesperson from the Coalition says “High drug prices [are] being set and increased annually by manufacturers.” They quote as an example one of the least expensive U.S. Department of Health and Human Services (HHS) preferred drug combinations for HIV, Atripla. The current estimated publicly available price is $24,026 per year. This reflects a 6.6 percent increase over the 2013 price and a 12.3 percent increase over the 2012 price. Another regimen, Stribild, entered the market in 2012 with an annual price of $28,500, which increased by 4.9 percent in January 2014. For comparison, the Consumer Price Index (CPI), a measure of U.S. inflation, rose only 1.4 percent in 2013. The medical CPI for 2013 was 2.5 percent.

The other factor is “adverse-tiering,” the practice by insurers of placing certain medications on the highest cost-sharing tiers. It was this practice that NHeLP and TAI challenged. Their May 2014 complaint alleged that four Florida insurers (CoventryOne, Cigna, Humana and Preferred Medical) were violating the Affordable Care Act (ACA) and federal civil rights laws by structuring their prescription drug policies in a way that discouraged people with HIV/AIDS from selecting their plans.

Research published in the New England Journal of Medicine supported this allegation. The research suggests many insurers may be using benefit design to dissuade sicker people from choosing their plans.

“A recent analysis of insurance coverage for several other high-cost chronic conditions such as mental illness, cancer, diabetes, and rheumatoid arthritis showed similar evidence of adverse tiering, with 52 percent of marketplace plans requiring at least 30% coinsurance for all covered drugs in at least one class. Thus, this phenomenon is apparently not limited to just a few plans or conditions.

“Adverse tiering is problematic for two reasons. First, it puts substantial and potentially unexpected financial strain on people with chronic conditions. These enrollees may select an ATP for its lower premium, only to end up paying extremely high out-of-pocket drug costs. These costs may be difficult to anticipate, since calculating them would require knowing an insurer’s negotiated drug prices—information that is not publicly available for most plans.

In addition, Aetna faces another legal complaint filed in December 2014 in federal court in San Diego by the advocacy group Consumer Watchdog. According to a report in the New York Times, San Diego advocacy group Consumer Watchdog, argues that another of Aetna’s policies is discriminatory. The insurer requires people living with HIV to obtain their medications exclusively through its own mail-order pharmacy. This lawsuit asserts that a new policy raises the out-of-pocket costs of the drugs. Previously, Aetna members had to pay $20 to $70 per prescription for HIV drugs. Now they will be asked to pay 20 percent of the cost of the drug, up to $150, the lawsuit said.

A spokeswoman for Aetna said the policy change was “part of our ongoing strategy to do all we can to keep our health plans affordable and help with medication adherence.” She said the move was consistent with industry standards.—John Godfrey

[Disclaimer: The writer of this newswire is a person living with HIV/AIDS, though not in the U.S.]