The pandemic has laid bare the failure of the federal government to justly deal with the economic fallout wrought by a disaster. Public banks at the state and local level could have helped our country get through the pandemic, and they could be vital in our recovery.

Public banks can provide a financial bulwark in our federal system by supporting local banking systems. They achieve this both by providing banking services to state and local governments and by financing credit programs to assist those most harmed by disasters, who are inevitably part of our most disadvantaged communities.

Many analysts have observed that the federal policy response to the pandemic has exacerbated our nation’s existing racial caste system, pushing Black and Latinx business-owners to the back of the line. Instead of ensuring survival for the most vulnerable small businesses, the Paycheck Protection Program (PPP) awarded billions of dollars in fees to the nation’s largest banks. The US Small Business Administration’s own inspector general criticized the agency for failing to prioritize rural and underserved markets in rolling out the PPP.

Better ways were available. Public banks could have helped finance small businesses in partnership with local banks, as well as support local government initiatives and projects that create jobs.

There is one state that has had a public bank: North Dakota. The Bank of North Dakota (BND), founded in 1919, helped North Dakota this year secure more PPP funds than any other state, relative to the size of its workforce.

How did this occur? The BND quickly launched an emergency COVID-19 relief loan program for small businesses to layer on top of the PPP. Most of BND’s lending occurs through participation loans. With these loans, a local bank or credit union originates a loan and covers part of the principal, while the BND covers the rest. Both the local bank and BND share in the interest paid on the loan.

A healthy local banking sector greatly contributes to building healthy local communities. For example, in Hazen (population 2,300), a local bank worked with the BND to finance a childcare co-op and a $30.5 million medical center. The rest of the country does not have local banks that can finance such a wide range of institutions. The difference is the role of the BND.

By allowing small community banks to leverage the BND’s financial strength, local banks can reduce their own risk while creating a bigger impact and cultivating relationships with borrowers. The results are clear: North Dakota has one of the country’s most vibrant local banking sectors. The Institute for Local Self-Reliance notes that while nationally three-quarters of all deposits are held by very large banks, in North Dakota 83 percent of deposits are held in smaller local banks and credit unions. A healthy system of local banks with strong community ties is a key component of community development under normal circumstances and will be even more vital as we rebuild from the pandemic’s catastrophic effects.

Public Banks Can Lead the Reconstruction

The next several years will require the reconstruction of our economy even after the novel coronavirus has run its course. We do have a federal model for a public bank that can aid in reconstruction: the Reconstruction Finance Corporation, a New Deal-era lender that financially supported state and local governments and made loans to banks, railroads, mortgage associations, and other businesses.

State and local public banks can play a similar role today, forming the backbone of a financial system that is accountable to people and their communities. In contrast to conventional private-sector banks, which focus on maximizing shareholder profits, public banks leverage public dollars to meet community needs.

A state or local public bank is a financial institution that holds deposits of state and local governments. As an arm of the government, the bank’s purpose is to provide services at cost to government, and to finance projects and programs that are in the public interest, while generating a return.

The COVID-19 crisis demonstrates how vulnerable our communities are, due to decades of underinvestment in critical infrastructure and safety net programs. A stimulus package modeled on the Green New Deal framework and partly administered through public banks can help efforts to rebuild and strengthen community resilience.

In California, a state public bank working in concert with local public banks could help finance whole-building energy efficiency, electrification upgrades, and critical infrastructure investments. These investments not only address our climate emergency, but they also provide meaningful work.

Public banks can also help address affordable housing shortages exacerbated by the pandemic. The housing crisis has many causes, but one contributing factor is a system that incentivizes luxury housing and leaves working-class people vulnerable to skyrocketing rents and displacement. By providing financing for affordable housing development, or non-traditional strategies like housing co-operatives, community land trusts, or accessory dwelling units, public banks can facilitate rebuilding.

When it comes to banking partners, today local governments have few options. As a result, trillions of dollars of taxpayer money are held in the same Wall Street megabanks that have engaged in abusive, fraudulent, and predatory lending. While local governments occasionally try to enforce good behavior rules on these banks, they rely on these same banks for their banking services. Why?

Credit unions and mission-driven banks offer many socially conscious banking options for individuals and businesses, but strict collateralization requirements, which require banks to hold collateral for every dollar of public deposits they take, effectively limits local government’s banking options to a handful of Wall Street megabanks.

There is growing recognition that Wall Street banks are unethical and largely unaccountable. In the recent past, disturbing reports have emerged of widespread fraud by banks like Wells Fargo, which paid $3 billion to the federal government in February 2020 to settle charges that the bank engaged in over a decade of fraudulent and abusive sales practices. Similarly, in 2017, Bank of America paid $66.6 million to settle a lawsuit over its abusive, so-called “extended overdraft fees.” Cities like Baltimore, Miami, and Oakland have sued these banks for predatory and racially discriminatory mortgage lending. And yet, penalties assessed to date have largely left the megabanks undeterred.

Local governments are left in the predicament of having to pay fees and use the services of the same financial institutions that they are trying to hold accountable. It’s no wonder local government deterrence efforts have been largely ineffective.

State and local governments rely on Wall Street banks for their banking needs, which include their cash management, payroll processing, and check-cashing services. Wall Street banks charge fees in the hundreds of thousands of dollars for these services.

Public banks instead return profits to their public owners. With a return on investment of 18 percent, BND earned $159 million in income for North Dakota in 2018, its 15th consecutive year of profits. In its lifetime, BND has returned over $1 billion to the state general fund; over the last 20 years, BND returned approximately $3,300 per household in the state. Public banks not only put money to good use, but they generate revenue for cash-strapped governments.

Public Banks Direct Credit Where It Is Needed

Through partnerships with local financial institutions, public banks can help fill unmet banking needs for the many unbanked and underbanked people and small businesses, especially in communities of color. Public banks can expand the availability of reparative credit to these populations, which could include low-interest loans and loans backed by alternative forms of underwriting that can supplement or replace often-faulty credit score screens. These kinds of targeted interventions can help advance urgently needed racial justice goals in recovery efforts.

The California Public Banking Alliance (CPBA) was instrumental in passing Assembly Bill 857 (AB 857), the Public Banking Act. This law, the first of its kind nationally, creates a pilot program framework for local governments to apply for a public bank charter from the state banking regulator. AB 857 does not create a bank; it creates a pathway for cities and counties to form their own banks. The bill requires FDIC (Federal Deposit Insurance Corporation) insurance, collateralization of public deposits, and a local viability study conducted by the sponsoring local government.

California public banks promise to help finance housing and infrastructure projects to prepare the state’s local communities for climate change adaptation. The law is limited to a seven-year pilot period, during which time local governments can apply for a banking license, and after which time, any banking licenses then-issued will be permitted to continue their operations.

Most notably, California public banks are required to pursue their retail programs through a partnership model similar to BND. California public banks will be required to partner with local banks and nonprofit credit unions to meet local credit needs. This partnership model will expand capital available to the local banking system for re-lending to local businesses and communities.

The public banking movement scored a major victory last year in California, but advocates are still pursuing the North Dakota model of a state public bank. In June, the CPBA pushed for introduction of a state bank bill, AB 310, working with the same legislators who authored AB 857. The bill aims to direct $10 billion for immediate economic recovery lending by reallocating idle state investments, currently sitting in near zero-yield federal treasury notes, directly into local government and small business lending. The bill would convert the state’s existing infrastructure finance authority, the California Infrastructure Bank, into a state depository institution. The state bank would also support local public banks for the purpose of pooling resources and sharing costs. Although the bill did not advance this session, it will be debated in the fall, with reintroduction of the bill expected in January 2021.

Following California’s example, interest in public banking continues to grow elsewhere. In New York, State Senator James Sanders, Jr. and State Assemblymember Tom Abinanti introduced the New York Public Banking Act (S5565A/A9665A) on February 25, 2020. Like the California law, this legislation establishes a regulatory framework that will make it easier for cities and counties to establish their own public banks. In neighboring New Jersey, the governor has ordered the creation of an executive-department level task force to create a feasibility study for a state-level public bank.

We anticipate that other states will soon follow in these footsteps.

Sushil Jacob is Senior Economic Justice Attorney at the Lawyers’ Committee for Civil Rights of the San Francisco Bay Area. 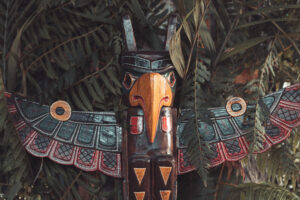 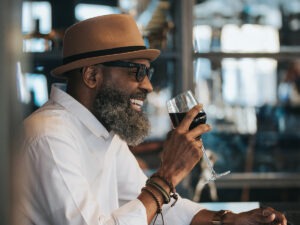