American Indian Hall to Open at Montana State by 2021

For 14 years, Gail Schontzler writes in the Bozeman Daily Chronicle, “a metal sculpture suggesting a tepee has stood forlornly on the east lawn at Montana State University, a symbol of the university’s promise to build a center there for American Indian students.”

Back in 2004, the university had convened a Council of Elders of American Indian leaders from Montana-based tribal nations. The Elders gave their blessing to the project, but many had begun to doubt that the center would ever actually be built. But last week, at the campus’s Indigenous People’s Day celebration, university president Waded Cruzado announced that a large donation had been secured and that the center will open by fall 2021.

Montana State, located in Bozeman, is a public land grant college that enrolls 16,703, making it the largest university in the state. Among those students this year are a record 776 American Indians, more than 4.6 percent of all students. The college website notes, currently “53 tribal nations and 15 US states are represented in our student body, faculty and staff.” While the numbers still fall short of statewide figures—American Indians are 6.7 percent of Montana residents—it’s nonetheless more than twice the American Indian student population at the time the Center was first proposed in 2004 and represents a major shift for a campus that enrolled only 25 students when the Native American studies program was founded in the 1970s.

Central to getting the American Indian Center on track is a newly announced $12-million commitment from the Kendeda Fund, whose donation is expected to cover 60 percent of the center’s estimated $20-million cost. A more unusual piece of the funding—and an important sign of overall campus support—is that the student body itself, through its Associated Students organization, voted earlier this month to commit $2 million of students’ own funds to the project. An additional $4 million has already been raised from additional campus donors. The school anticipates raising the final $2 million by year’s end.

“A promise to Native American people will be kept and a dream will be fulfilled,” Cruzado announced. The classroom building will serve all students and will be a place, Cruzado says, where American Indian students both learn about and teach others about their cultures.

“This is a big, big, big deal,” Regent Casey Lozar, a member of the Salish and Kootenai nations, tells Schontzler. Wayne Stein, former head of Native American studies at Montana State and a leading advocate for the center, says he is “elated” by the announcement. Walter Fleming, who is current Native American studies director at Montana State, adds that the Center has been a dream for so long that it seems “somewhat surreal” that it will finally happen.

Allison Longtimesleeping-Reyos, a Blackfeet nation member and co-president of the American Indian Council at Montana State, underscores the importance of the center. Many American Indian students, she notes, experience “culture shock” on campus and end up quitting school. The center, she adds, will create a feeling they have their “own family on campus” in a way that the current center, relegated to a basement room in a campus building, does not.

Stein notes that he had feared that getting the center funded “might be impossible,” because Montana tribal nations lack the casino profits that might in other states help fund the center. Stein says he gives Cruzado credit for securing the donation from Kendeda. “The rest of us helped. She made it happen.”—Steve Dubb 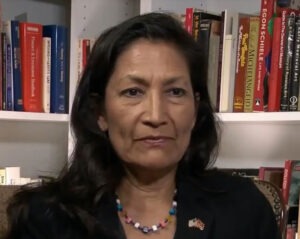 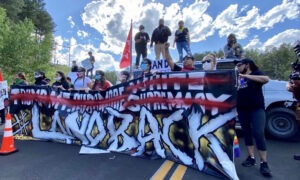 A Vision for Social and Economic Justice Rises in Indian Country

The “Long Awaiting”—Lifting Up Native Voices for...