America’s Health Is Marked by Alarming Social and Regional Disparities 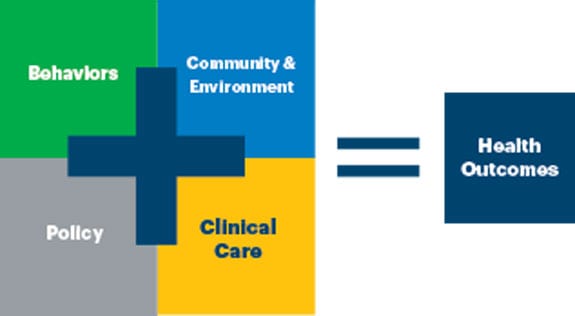 The nation’s health, as measured by chronic obesity and premature death, continues to deteriorate, according to the annual United Health Foundation report, America’s Health Rankings. A comprehensive look at the multiple factors that impact health and health outcomes, the report highlights national trends and ranks states according to their health outcomes.

On the positive side of the equation:

These trends suggest that increased health care coverage—the uninsured rate is now 8.7 percent—has not been sufficient to significantly change outcomes in the country as a whole. Social determinants, such as low incomes, unstable housing, poor education, and racial discrimination have an outsized impact on population health.

These factors are evident in the disparate outcomes in the state by state data, which can be explored through the America’s Health Rankings website. The report finds that Hawaii is the healthiest state, followed by three New England states: Massachusetts, Connecticut and Vermont. The Deep South ranks least healthy, with Louisiana, Mississippi, and Alabama pulling up the rear.

Among the lowest-ranked states, obesity rates are particularly high (above 36 percent), leading to chronic illnesses such as diabetes, hypertension, heart disease, and stroke. These states also have the highest rates of child poverty, which lead to a lifetime of health struggles. Children with unreliable access to food, health care, and stable housing face impaired development and are more likely to engage in risky behaviors such as drug and alcohol use as they grow older.

A particularly disturbing trend noted by the researchers is increasing levels of mental stress reported by survey participants. Overall 12 percent of respondents reported at least 14 days of mental stress per month, a 7 percent increase over two years. Mental stress is particularly high in Southern states, where people are poorer and have less access to health care. Among those with incomes below $25,000 annually rates of self-reported mental stress were 24.2 percent, double the national average. Across racial groups, American Indians and multi-racial respondents had the highest stress levels. Stress leads to higher pre-mature death rates from chronic health conditions, suicides, and drug and alcohol use.

This year’s Health Rankings report includes a new Adjust My Rank tool, designed to give state policymakers insights into specific variables affecting their ranking and solutions that could improve their health outcomes.

“We encourage health professionals, public health officials and elected leaders to use these findings to explore opportunities to better support people in their communities in all aspects of their health,” said survey advisor Randall.— Karen Kahn