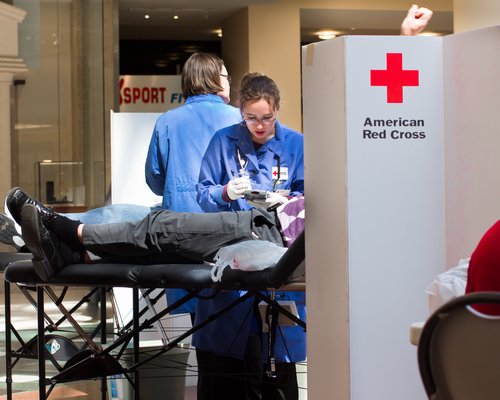 In Southwestern PA, the local American Red Cross has announced a change in its name from the Westmoreland-Armstrong and Indiana Chapter to the American Red Cross of Chestnut Ridge. The name change comes amid the organization’s restructuring of the region which extended the chapter’s service coverage to an additional county.  Chestnut Ridge was previously used by a Red Cross chapter serving several communities within Westmoreland County before it became a part of the larger Westmoreland-Armstrong Chapter several years ago.

Reorganization of the southwestern PA Red Cross began in the fall of 2011 as chapters were merged and administrative positions were consolidated. As such, leadership within the region has changed significantly over the past several years. In Indiana County, restructuring and resignations have resulted in three different executive directors serving the area within three years.

Such changes are expected to continue throughout Pennsylvania due to a 3 year restructuring order from national Red Cross officials, with final state plans due to national headquarters by 2017. The restructuring comes as a result of a national review of Red Cross Operations which predicts future financial issues. Senior vice president for communications, Roger Lowe said of the restructuring, “The organization faces challenges in the next three years that threaten our financial stability, such as decreasing demand for blood products, a competitive fundraising market and growing retirement system costs.” As with the recent changes in southwestern PA, the Red Cross believes that such restructuring statewide will allow for a decrease in administrative expenses while increasing the percentage of funds spent on delivering services, with Lowe adding that “changes should not affect people who depend on the organization, such as disaster victims.”

The organization’s efforts for change come during an ongoing investigation by ProPublica and NPR.  The investigation has highlighted several areas of the Red Cross and questionable decisions, including a report on its misstated overhead costs. These costs include fundraising and administrative expenses much higher than what the organization had reported to donors.

Perhaps in light of the ongoing investigation, the Red Cross is attempting to restructure in order to establish accountability and future accuracy in reporting administration costs compared to fundraising revenue raised.  Without changes in such administrative policies and transparency in expenses, future fundraising revenue for the organization will indeed be cause for concern. – Michele Bittner