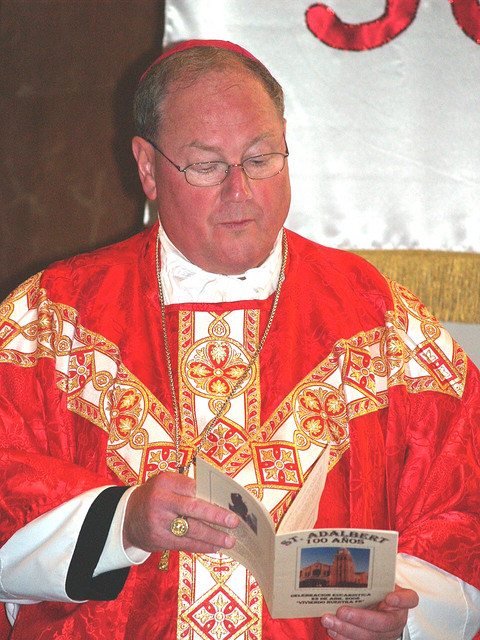 A leader of the original nonprofit—the Catholic Church—is advocating for change in New York.

The New York Times reports that a proposed state tax credit for donations to schools and scholarship programs is gaining traction in the state capital, and “turning the archbishop of New York, Cardinal Timothy M. Dolan, into something of a lobbyist.”

The proposed “education investment tax credit” would create a new state tax credit for those who donate money to public schools or to scholarships for poor and middle-class students attending private schools, including religious ones. It is a much larger credit than the deduction that now exists for such contributions.

Supporters of the bill tell the Times that it would help public schools struggling to keep class sizes down, parochial schools that have been losing students for years, and students who cannot afford expensive private school tuition.

Cardinal Dolan has spoken and blogged on the topic and addressed rallies around New York to support the proposal. On Tuesday, he plans to go on the road to Albany for one last push before the state’s April 1st budget deadline.

“Anything we can do to help education, to help our kids, we want to do it as vigorously as possible,” Cardinal Dolan said at a news conference at Cathedral High School in Manhattan.

Although some 17 labor unions support the bill, the paper reports, teachers’ unions see it as a “thinly disguised voucher program redirecting state revenue to private schools,” with the head of the New York State United Teachers calling it a “fundamental and disgraceful attack” on public school pupils.

The advocacy effort is being paid for in part by an organization founded by an investment banker and former aide to President Richard M. Nixon, as well by as a hedge fund billionaire, “as part of a concerted effort to counter the political spending by the teachers’ unions.”

The Times says that the idea dates back to the 1970s as a way to address Catholic school closures. Later on, it gained support from the Orthodox Jewish and Lutheran communities, and in 2012, a bill introduced in the State Senate was changed to broaden its appeal by including public schools and adding a tax credit worth at least $100 for teachers who bought their own classroom supplies. A similar bill has moved through the Assembly for the past five years, but never reached a floor vote.

The article points out that “a sticking point has been the inclusion of charter schools, which are not included in [the Assembly] measure but are included in the Senate version.” In both versions, credits for individual taxpayers would be capped. The total amount of donations in any year would also be capped, and before giving, donors would have to file an application with the state.

“This bill would enable increased charitable donations and scholarship opportunities for children in poverty and middle-class households,” a spokesman for the Archdiocese of New York told the Times, “so that parents would have additional financial means to continue to send their children to non-public schools that best meet their needs.”—Larry Kaplan