At Great Risk: The Murder of Indigenous Environmental Activists in Peru 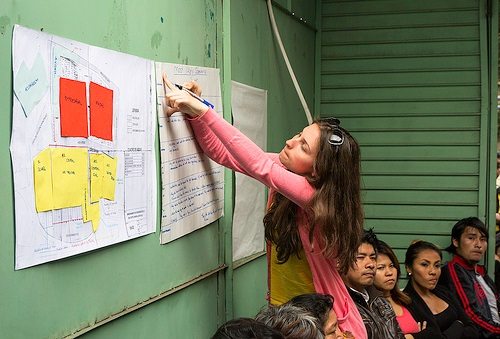 In the United States, environmental activism isn’t often seen as life-threatening, but that fear is real for activists in Peru. The National Human Rights Coordinating Committee has named the country to be one of the most dangerous places to be an indigenous environmental activist.

This September, four indigenous leaders from the Ashénika people were murdered while traveling to a meeting on how to address illegal mining in their region. The four, including the prominent activist against illegal logging, Edwin Chota, are believed to have been killed by illegal loggers. From a report by a London-based environmental investigation agency, Global Witness:

“Chota repeatedly warned regional and national authorities about the multiple threats he and the families in the Alto Tamaya-Saweto received. He requested government protection for him and his family in 2005 due to continued threats by loggers, but received no response. A year later, Chota denounced the illegal logger Manuel Ríos Pezo for threatening local indigenous leaders, but again no action was taken.”

Overall, Peru’s current administration has seen the death of 46 activists, and of these a vast majority was promoting indigenous environmental causes. But despite these threats of violence, indigenous environmental activists in Peru remain undeterred in their efforts. While the United Nations Climate Change Conference is being held in Lima during the first half of December, activist groups will be holding the People’s Summit on Climate Change in order to “share initiatives, proposals, and experiences, as well as define and coordinate our agendas, bring pressure to bear upon the decision makers at COP20, and demand that the official negotiators take account of the world’s citizens and peoples.”

As the fight for finite resources continues in areas like the Amazon, it is essential that governments take responsibility for the protection of their people, including indigenous environmental activists. As stated in a Global Witness report released this summer, “Governments, international bodies and companies must do their duty. They have a duty to…protect citizens from harm and bring those responsible for crimes to justice. If they do not, more killings will take place, and perpetrators will continue their violence, secure in the knowledge it will go unnoticed and unpunished.”—Michele Bittner