Baltimore Eviction Rate among Highest in Country: A Study of Rent Court 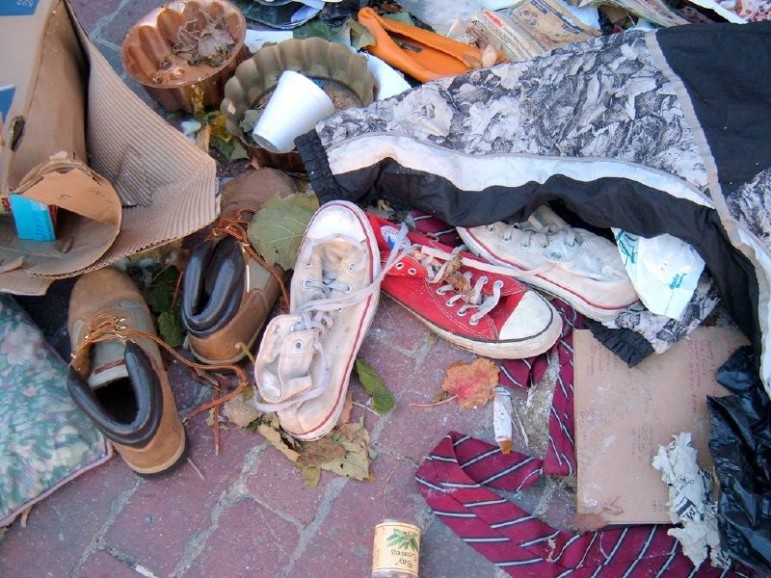 Rent court was the subject of a previous NPQ article, “The Courtroom That’s ‘Every Renter’s Nightmare.’” In the latest story about Baltimore’s Rent Court, the Baltimore Sun picks up on a report by the Public Justice Center (PJC), “Justice Diverted.”

The PJC report appears to be the kickoff for a social action campaign, 7000 Families. It presents a pretty comprehensive list of recommendations to the court:

But you won’t read that in the Sun article, which skims over the report, then gives comments from court supporters, advocates, property managers and tenants. This is pretty standard coverage for the mass media: “He says, she says, they say…” The Sun report sounds like a judge, who was quoted in the article saying, “Judges cannot conduct their own investigations into tenants’ property conditions.”

PJC is a nonprofit public interest law center founded in 1985. The IRS defines public interest law firms as “organizations which directly engage in litigation as a substantial part of their activities, for what they determine is in the public good in some chosen area of public interest. Such as, the preservation of the environment and protection of consumer interests.” PJC describes itself as a hybrid “morphing between a traditional legal services office representing clients, a policy campaign leader, and a community action collaborator.”

The injustice and social cost of eviction is slowly making its way to the attention of mass media as activist groups around the country focus attention on archaic legal systems through which property owners control rental housing. As recounted in the earlier NPQ story (cited above), the court systems that handle eviction seem to be the handmaidens of property owners and their attorneys to the point that tenants view “eviction” as a death sentence from which there is no appeal. Summary eviction makes households more vulnerable to homelessness, leaves a scar on the tenant’s credit record, and fails to address underlying health and safety conditions which will be inherited by the next tenant in that unit.

“You get to Rent Court and they treat you like you’re nothing,” said one tenant described in the Sun article.

In a recent article in the Columbus Dispatch, Shelley Whalen, executive director of the Community Mediation Service of Central Ohio (CMSCO) is quoted saying “Eviction, we think, is one of the best-kept secrets in this town. […] The relevance to growing homelessness has been sorely overlooked.” In the article, Ms. Whalen recounts her organization’s efforts to mitigate the impact of eviction on low-income households:

The Franklin County Municipal Court, which handles evictions for the City of Columbus and surrounding jurisdictions, handles more than twice as many evictions as Baltimore’s Rent Court. Alas, the CMSCO article comes off as a little self-serving. While recounting the program’s successes and the terrible needs of families in the court, CMSCO makes the point that they are closing down their services because of funding cuts. Her position is quite in contrast with the 7000 Families campaign, which is promoting Rent Court reforms in the face of these obvious needs.

CMSCO’s instinct to ameliorate the problems in a bad system instead of exposing and calling for reform may reflect the kinds of concerns that NPQ’s Rick Cohen wrote about last July in the article, “Does Philanthropy Work Against Collective Action by the Poor?” In that article, Rick observed:

Keene State University’s Joan Roelofs has long contended…that much of foundation work is to make “the system” work or look like it is working and to support nonprofit “third sector” activities that “directly or indirectly protect and promote capitalism.”

By contrast, the Abell Foundation, which funded the Rent Court study, demonstrates a persistent search for social justice. According to the Sun, “The study comes more than a decade after the Abell Foundation reported similar findings in 2003. The authors argue that little has changed in the past 12 years due to a lack of political will. They urged political leaders to respond to hardships among Baltimore’s renters as they did for people who lost their homes during the housing market crash of 2008.”—Spencer Wells