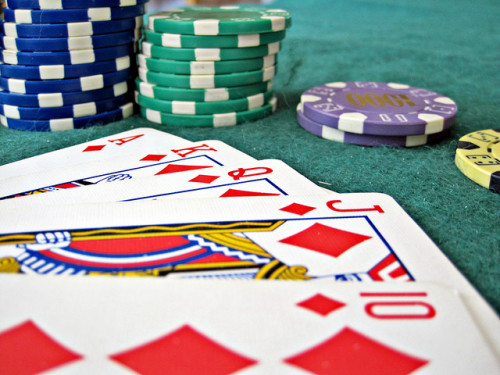 An NPQ article from 2012 explored the topic of philanthropy and social change, saying, “Social change philanthropy is about organizing and activism. It’s about engaging all members of our society in dialogue and action.” Does philanthropy play a useful role in transformative social movements? It can and in some cases does, according to a recent Forbes article.

“Social movements are commonly set in motion by bold leaders and popular momentum, but may not achieve progress without significant contributions from donor advocates making big bets,” according to the article. These big bets help small but crucial social movements build out their grassroots beginnings.

One example can be seen in the movement for marriage equality. This movement has seen rapid success in recent years, both in the spread of its geographic wins and in the speed of its momentum. As recently as 2003, however, Massachusetts was still only considering same-sex marriage, and public opinion across the nation was strongly against it. Many small wins and losses had been occurring for years. In 1972, a Minnesota couple seeking marriage took a case all the way to the Supreme Court, only to be turned down.

In 2003, attorney Evan Wolfson founded Freedom to Marry, partly based on a “big bet” contribution of $2.5 million from the Evelyn & Walter Haas, Jr. Fund. Wolfson planted the seeds for his work in 1983 while enrolled in Harvard Law School. Over many years of organizing, during the 1993 decision by the Hawaii Supreme Court declaring marriage discrimination unconstitutional as well as setbacks such as the 1996 DOMA vote, Wolfson worked with grassroots activist groups to focus on public dialogue and education. After several years of conversation between Wolfson and the Haas Fund, the donation that seeded Freedom to Marry was issued.

Another recent example is the December 2015 announcement by the Arcus and NoVo Foundations to invest $20 million in the Global Trans Initiative, a coordinated effort to boost the work of activists and organizations working on improving the lives of transgender people, both in the U.S. and in poor and developing nations, with a specific focus on violence prevention. Arcus has funded transgender issues for years, while NoVo is focused on women and girls.

Not just for the progressive agenda, these “big bets” have also been part of the resurgence of the conservative social movement. In Wisconsin, the Bradley Foundation funds such public policy experiments as welfare reform and public vouchers for private schools. These issues have subsequently become staples of the conservative dialogue across the nation.

The Global Trans Initiative’s goal of “ensuring that all transgender people live in a world where they are recognized, valued, and supported by their families and in society” will indeed require a commitment of time and infrastructure. If this follows the route of the other social movements, it could be years of small, local, grassroots victories that ultimately grow together to create social change.

But the fact remains that without the dedicated people in the movements themselves, who have often been laboring away for decades in unsupportive environment, marginalized and without sufficient resources, there would be no momentum to which to attach a “big bet,” so today we send a deep note of thanks to them.—Jeanne Allen