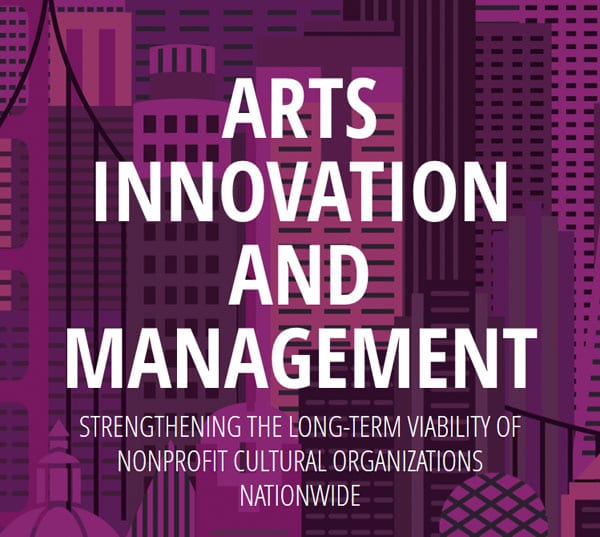 Why is Michael Bloomberg’s Bloomberg Philanthropies donating over $43 million collectively promised to 200 small and midsize nonprofits arts organizations through its Arts Innovation and Management Program (AIM)? Bloomberg contends that the impact of small and mid-size arts organizations has been significantly underrated. Investments in American cities’ arts ecosystems has the potential to generate significant cross-sector economic and social benefits.

AIM is administrated as a branch of Bloomberg’s American Cities Initiative, the intention of which is “to promote bold leadership and effective problem-solving, supporting critical policy actions and encouraging artists.”

The $43 million represents the 2018 expansion of the AIM program, initiated in 2011. To date, Bloomberg Philanthropies has donated an estimated $108 million to 500 arts nonprofits, spanning all the creative disciplines: visual arts, theater, music, dance, and literature. Billionaire and ex-mayor Bloomberg has quietly distributed a substantial part of his fortune to the program. The expansion benefits seven cities—Atlanta, Austin, Baltimore, Denver, New Orleans, Pittsburgh, and Washington, DC—adding to a roster of prior AIM cities Boston, Chicago, Dallas, Detroit, Los Angeles, and San Francisco.

Kate D. Levin, who oversees Bloomberg Philanthropies’ Arts Program, says, “AIM isn’t about putting organizations on a growth trajectory. You can do some things at scale that are great and necessary. But a smaller size can be much more effective.”

While size may not be a factor, finance is. Bloomberg Philanthropies considers only organizations are at least two years old and have annual operating budgets between $150,000 and $3.5 million.

Beneficiaries will receive two years of unrestricted funds to support operating expenses. With sound financial management, they will grow their capacity while ensuring sustainability. To that end, AIM offers recipients a comprehensive management training program, through which nonprofit leaders will take their ability to market, raise funds, and develop boards to the next level. During the training period, it’s mandatory that each organization sends a senior executive and one board member to every one of a series of seminars.

Bloomberg Philanthropies has partners in other vanguards in the field. One of those may seem like a strange bedfellow to the political activist Bloomberg: The conservative DeVos Institute of Arts at the University of Maryland, which was endowed through funding from President Trump’s education secretary Betsy DeVos and her husband. The DeVos curriculum focuses specifically on arts management.

While there are financial principles and practices that every organization must follow, AIM provides a mentor who, in monthly consultations with an executive and board member, addresses issues specific to their organizations.

Devon Akmon, who received an AIM grant in 2015 as director of Detroit’s Arab American National Museum before joining the DeVos Institute as a consultant this May, emphasized the significance of the mentor/mentee relationship.

“We have a particular curriculum, but we realize that it manifests in different ways depending on the organization,” he says. “Whether you’re a museum or a theater program, a small organization or a midsize organization, it’s always going to be a little different.”

Bloomberg Philanthropies considers its relationships with its beneficiaries as reciprocal. Nonprofits must raise at least 20 percent of their annual grant program. One-hundred-percent board member giving is required. In addition, they must work with SMU DataArts, “a standalone research entity and database for facts and figures on American arts, cultural, and humanities organizations. (Previously known as the Cultural Data Project, DataArts was founded in 2004 by Pew Charitable Trusts and other Philadelphia-based foundations. Bloomberg Philanthropies has supported the organization since 2008.)”

DataArts seeks to collect information from arts organizations that will drive data-driven decision making. Its commitment: “We will make data useful and accessible to all in the arts and culture field, illuminating strengths, challenges and opportunities for individual arts organizations and for the sector as a whole, to help ensure long-term stability.”

SMU DataArts takes in information on elements such as cultural organizations’ budget size, board participation, and lead time for strategic planning on different initiatives. Levin emphasizes that these are “not just data points for the sake of having a number.” Through data, Levin says, “We can pinpoint ways that these organizations are materially able to manage better.” As ArtNet news contributor Tim Schneider explains, “Bloomberg Philanthropies asks AIM grantees to focus on metrics that have been demonstrated to influence outcomes. Longer planning windows, for instance, consistently prove to have a positive effect on marketing.”

AIM recipients are chosen in two ways. Either Bloomberg will identify a city and then look for a cohort of arts organizations, or nonprofits from a particular city may come to the foundation. The common denominator is that there must be a network of grantees that share the same locale. Linda Lucero, the executive and artistic director of the Yerba Buena Gardens Festival, an AIM grantee, says she “appreciated the opportunity to gather with other middle-sized nonprofits on a regular basis.”

“I knew many,” Lucero says, “but met many more—staff, board members, artists—all in one place.”

People “aren’t always attuned to the fact that cultural organizations are really dynamic business enterprises,” Levin says, with an “incredibly productive history of community building and talent development.” These art ecosystems have the power to bring together not only other arts institutions, but civic groups, government agencies, businesses, and individuals to influence social change and create vibrant and innovative communities while insuring the long-term health of cities.

Do AIM and the American Cities Initiative advance Bloomberg’s political agenda? In a June 25, 2017 article, New York Times contributor Alexander Burns writes that in an interview, “Bloomberg said his city-focused initiative would serve in part as an extension of his advocacy for national policies that address climate change, gun violence, public health, and immigration.” It’s possible that Bloomberg will have more influence in working directly with mayors and their cities while infusing them with resources diminished by the Trump administration.—Meredith Betz