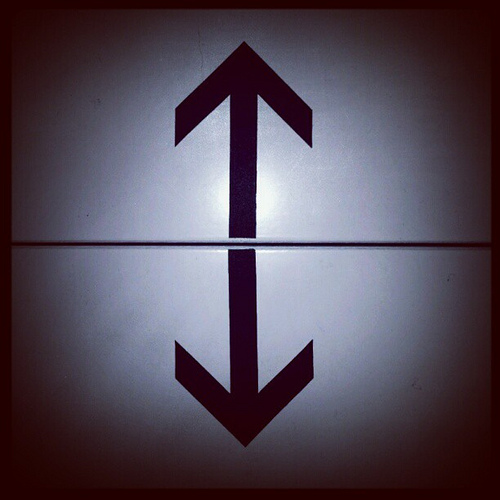 Editors’ note: This article was originally published on NPQ’s website, on February 19, 2013.

Community-based conservation is typically a grassroots effort, and one that is initiated because of specific concerns about an environmental or natural resource issue that affects a local population. This is in sharp contrast to regional, national, or global conservation initiatives developed by agencies launching the program from the top. With community-based initiatives, local people usually remain involved through caretaking the property. Often, this extends to community education and related benefits for the long term. This bottom-up conservation works well, because—in part—it is a collaborative process building on the organic relationships local activists have with the land.

Top-down conservation projects often cost more, and seldom achieve as many benefits for the local communities they impact. They are typically identified and defined by an outside public agency, which has no direct investment in the success of the project. The project is reviewed, refined, and its priority established within a bureaucratic organization. Legislation at some level is usually required to fund the project. This inevitably involves delay, red tape, political negotiation, and development of a management infrastructure. The top-down model provides little or no opportunity for local citizen input during the development phase or, often, afterward for the caretaking of the property. Indeed, bureaucrats, who tend to feel that input from the public is an imposition on their time, usually discourage such collaboration. Thus, local stakeholders commonly become alienated.
Perhaps the best way to distinguish the difference between these models is to recognize the top-down model as the Protect and Enforce Model, and the bottom-up model as the Love and Steward Model. Besides differences in the ways they originate, there are other critical distinctions between the two models that affect durability with respect to the relationship between stakeholders and the land and the continuing conservation of the land.

The deficiencies of the Protect and Enforce Model are well illustrated by Costa Rica’s Osa Peninsula. The National Park Service established Corcovado National Park against much opposition. Well-aligned local stakeholder groups were never developed. Even now, while many local people are making good money as tour guides, or providing lodging, transportation, food, and other services, there is no local stakeholder group to support the park when a conflict arises. Those expelled from the park when it was established were compensated for their land but not invited to participate in the project. Now, gold miners and hunters, some of whom had previously been expelled, are moving back into the park illegally, and their activities are greatly at odds with ecological goals of the park. The national police are brought in from outside to enforce the laws. Placer mining and hunting threaten the ecotourism that is the real economic opportunity created by the park. Locals benefiting from ecotourism dollars are not unified and, therefore, are reluctant to voice their opposition to the illegal activities of their neighbors. Local people, including those who were compensated, apparently view enforcement by “the feds” as an affront. Nearly everyone in the community was directly or indirectly negatively affected, either during the development of the park or during subsequent enforcement of regulations.

This top-down approach does not happen only with conservation projects. The U.S. Department of Defense’s Badger Munitions property in central Wisconsin is another example. The facility was used to make ammunition during World War II, and continued until the 1990s to manufacture weaponry. After that, it became part of the government’s surplus land, and for many years various groups debated narrowly focused potential uses, disenfranchising local interest groups. When any use was proposed, including conservation, there was always opposition from unaligned interest groups. Instead of creating a wonderful opportunity, the original conversion of the land had built up resentment and bad feelings at all levels. This has contributed to a protracted process that continues without an agreement on best use of the land.

Experience suggests that the topdown model for nearly any purpose will usually create resentment and lack of alignment between local citizens and interest groups, who often end up becoming barriers to the success of the project. Such resentment may be carried forward for many generations, as evidenced by Badger Munitions, or the Tennessee Valley Authority and their top-down approach to flood control and hydropower in southeastern United States.

The Love and Steward Model, or bottom- up, community-based conservation, avoids this critical flaw. It may require more time and patience initially but will usually be more successful with fewer problems later on. When groups of citizens come together to start a conversation about the future of the land they love, and act together to protect it, this creates a more durable project. Both the land and local citizens are better served. Government, philanthropic and other funding sources, and outside stakeholders see this as a much less contentious, more successful approach, and one they can more readily support. Such initiatives also easily morph into stewardship and restoration— caretaking of the land. Perhaps, because of the broader conversation this process creates, it is usually inclusive of most if not all community members, and also more easily works through or at least acknowledges problems and concerns. People feel considered and heard, and remain engaged even if they initially did not agree with the notion of protecting the land. The learning occurs among all participants and easily brings along individuals who may have been reluctant or even initially opposed.

In the United States, most national and state land-conservation efforts have been top-down projects. Even most state nature preserves and scientific areas were established through the state natural resource agency. In most cases there was a willing seller but lack of participation from the local community. Many, if not most, efforts now require considerable resources to protect and enforce rules, because local stakeholders or friends groups have not emerged, and protection must come entirely from above.

A few conservation projects, such as those involving the Everglades National Park and Boundary Waters Canoe Area, were more bottom-up. The grassroots efforts of Marjorie Stoneman Douglass to protect the Everglades are legendary. So are the heroic efforts of Sigurd Olsen, Miron Heinselman, and others that resulted in the Boundary Waters Wilderness in Superior National Forest, now the most visited wilderness in the United States. In both cases, because projects were eventually achieved through a bottom- up approach, durable protection and financial support have resulted from remarkably dedicated “friends groups,” with a minimum of formal enforcement. These friends groups also readily engage the political process, as needed, to ensure continued government support and protection.

There is a third model that bears mentioning. Many wonderful areas have become permanently protected through the vision of affluent outsiders who acquired land for their own purposes— in some instances because they wanted to protect or restore it. This is the case with Ted Turner and his family, who are restoring native ecosystems on several large holdings in the United States totaling more acreage than the state of Delaware. In another example, a family of means acquired land for their private enjoyment, which, over time, developed into a deeper appreciation for and love of the land. In many cases, when estates were settled after two or three generations, the government acquired the properties. Examples are Sylvania Wilderness (in Ottawa National Forest), Acadia National Park, and Cumberland Island National Seashore. While important to conservation, reliance on wealthy conservationists— resulting in protection of some of the U.S.’s most extensive natural areas—is fortuitous. Not every need will be served by a willing outside investor.

It is possible to realign people who have been disenfranchised by a top-down approach. We have found, for example, that an interactive and open process, starting with individuals identifying and orally sharing “places of the heart”—locations in a property where they have had important experiences—can lead to positive change. Once people begin to share their emotional connection to a place— dredging up old family ties and attachments to the land—it is not difficult to encourage further involvement. It shifts the conversation from individuals to the community, and to the land. And, with an ever-expanding population, changing climate, and more limited access to such basic needs as clean water, food, fibers, and other natural resources, pressure on conservation lands will intensify. As it becomes increasingly important to assist communities with bottom-up land conservation or help shift to local support projects initiated from the top down, we could be approaching the most important time in the history of the movement to invoke community-based conservation and land restoration.

Steven I. Apfelbaum, MS , is the founder of Applied Ecological Services, Inc., a full-service environmental consulting and ecological restoration company with ten offices in the United States and two abroad. He has published an award-winning book titled Nature’s Second Chance: Restoring the Ecology of Stone Prairie Farm (Beacon Press, 2009) as well as, along with coauthor Alan Haney, two volumes in The Science and Practice of Ecological Restoration Series titled Restoring Ecological Health to Your Land and The Restoring Ecological Health to Your Land Workbook (Island Press, 2010 and 2011).

Alan Haney, PhD, is a forest ecologist and retired dean of the College of Natural Resources, University of Wisconsin- Stevens Point. He currently serves as the president of a land trust that works with private landowners to permanently protect their property from development or exploitation.