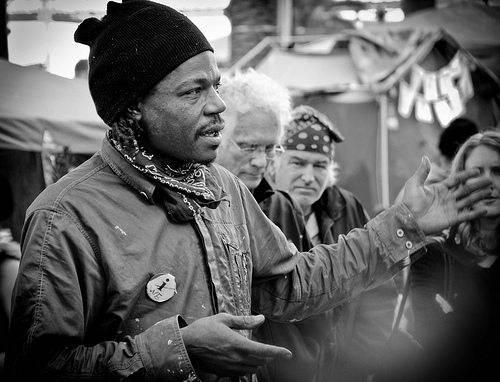 A San Francisco Board of Supervisors committee has heard legislation that would define community-based nonprofit staff as “lobbyists.” The measure, sponsored by Supervisor David Chiu, subjects nonprofits to the disclosure, filing, and training requirements of lobbyists hired by corporate interests like developers, vendors and franchisees.

An opinion piece by Randy Shaw, the Director of the Tenderloin Housing Clinic, on the Public CEO website says, “It’s a mystery [how this] anti-nonprofit measure reach[ed] the Board. Progressive San Francisco is considering legislation that attacks nonprofits, even those serving the poor.”

According to Shaw’s posting, Chiu’s bill expands “lobbyist” to include every nonprofit employee who “makes five or more contacts in a calendar month” with a government official. He points out that would mean that nonprofit employees pushing Supervisors to support or oppose a proposal are deemed “lobbyists” if they contact five supervisors—“a logical plan given the need for eight votes to pass [anything]—and they are subject to extensive reporting requirements and ongoing lobbyist training sessions imposed by the measure.”

“What a great strategy for deterring nonprofit staff from urging legislators to provide more resources for the poor and disenfranchised,” says Shaw, who says that the legislation emerged from concerns about widespread circumvention of the city’s lobbying restrictions: “Although nonprofits were not identified among these offenders, the initial draft of legislation targeted them. When they raised objections to Chiu, he assured them that their concerns would be addressed prior to a Board hearing on the legislation.”

However, Shaw says that the draft legislation from the City Attorney’s office is “even worse than before.” He goes on to say that the law is unnecessary because “the public knows the difference between a corporate interest hiring an outside firm to lobby on its behalf and a nonprofit group pushing for [public policy changes], and that their agendas are completely transparent.

Shaw explains that the significant cost of compliance is an issue for nonprofits. As in most jurisdictions with similar regulations, lobbyists must file disclosure forms, attend trainings and keep records, and failure to do so will result in onerous fines. He fears that many nonprofits will not be able to implement its provisions, and will instead be forced to curtail their public advocacy: “This means that powerful real estate interests would face less opposition at City Hall, and nonprofits would push Supervisors for [their causes] at their peril.

Shaw dismisses Chiu’s proposal to exempt 501(c)(3) nonprofits from the lobbyist designation because it would still impact change-seeking 501(c)(4) advocacy groups. He makes a compelling argument:

“Amidst growing concern over economic inequality, San Francisco’s community-based nonprofits should be able to freely discuss proposals for remedying injustices with public officials without having to file reports on every one of those conversations or risk prosecution…. Nonprofits need to be more engaged with city government, not less.”—Larry Kaplan