Can Public Banking Save the World? 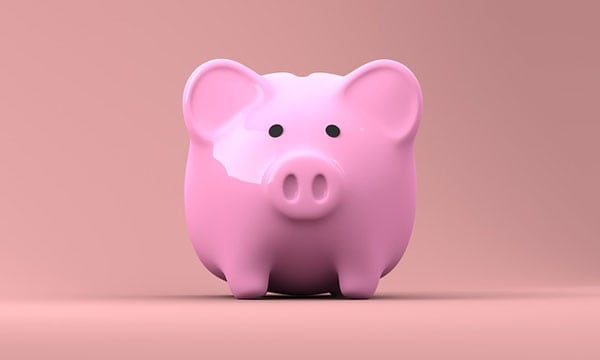 The City of Los Angeles has amended its responsible banking ordinance in an effort to improve disclosure from banks that do business with the city. Any bank that seeks to work the city government must report its sales goals and the extent to which employees are promoted and rewarded for meeting goals. The ordinance will also require that banks disclose any regulatory actions against it and its Community Reinvestment Act score to customers. As a result, Wells Fargo decided against submitting a proposal after the city released an RFP for its commercial banking contract, estimated to be worth $4 million annually.

Los Angeles is a big enough city to flex on major banks like this. A contract the size of Los Angeles can actually induce more disclosure among banks, but so long as disclosure of bad behavior does not cost the bank customers, it will not change behavior. After all, disclosure does not guarantee that a bank will get the contract, and disclosing aspects of its business may prove harmful if customers do not understand the rationale for setting sales goals. And so, some banks may opt out of doing business with the city, as Wells Fargo did, which will not bring about any change either. Granted, the bank is beset by scandal and may be focusing on getting its house in order.

So, are there any alternatives to the standard commercial banking structure? Advocates for community banking believe so.

In New York City, there is a push for a community bank to manage the city’s funds and distribute them across projects and community-based organizations. Advocates argue that putting the city’s funds in the hands of a transparent, government-run organization that is accountable to the taxpayer will lead to better outcomes for disadvantaged groups and will be more socially oriented. The ideal public bank gets more ambitious.

Guided by principles of social justice, the investments would seek to “support low- and extremely low-income housing, union and living-wage jobs for New York City residents, democratically controlled clean energy,” and maybe help fix up the streets through community-driven, small-scale infrastructure financing. The potential redistribution of resources would help remedy the financial damage of the recession, which sacrificed generations of Main Street wealth to Wall Street’s speculative feeding frenzy.

Further, advocates see such a bank structure as pushback against the deregulatory policies of the current presidential administration. “As the Trump administration’s morally repugnant policies make it even easier for banks and other corporations to exploit low-income people, immigrants, and people of color,” Andy Morrison of NEP adds, “the need for local action has never been clearer.” The Public Bank of New York would be a tightly overseen organization that is politically accountable, rather than economically accountable (in the sense of profit making). They envision the wide reach a $90 billion city budget would have. Some groups have their sights set on a global impact.

There are reasons to think a public bank can have some success. As advocates have noted, the Bank of North Dakota (BND) has been in operation for almost a century. According to Stacy Mitchell, co-director of the Institute for Local Self-Reliance, by serving as a source of low-cost capital, the state bank has helped preserve owned locally owned small and mid-sized banks and credit unions. Mitchell notes that while such financial institutions—defined as having $10 billion in assets or less— “account for only 29 percent of deposits nationally…in North Dakota they have a remarkable 83 percent of the market.”

The state’s taxpayers have also benefited. As Mitchell writes, “Over the last 21 years, BND has generated almost $1 billion in profit. Nearly $400 million of that, or about $3,300 per household, has been transferred into the state’s general fund, providing support for education and other public services, while reducing the tax burden on residents and businesses.”

Furthermore, New York and Los Angeles are huge markets (certainly more populous than North Dakota) with coffers large enough to take some hits. There is also little doubt that there are many underserved groups when it comes to commercial financing.

Yet, some skepticism is warranted. First, though, it is helpful to think about what banks do and why they do it in the abstract. In its simplest form, a bank holds onto its customers money and pays interest on that money. In order to pay interest on its holdings, banks will lend out funds and collect interest on those loans. In a sense, the bank acts as a middleman to customers with deposits at the bank. People who save with a bank want to earn something for keeping their money there, so banks find a way for them to make money on their money.

Banks do their due diligence to find people in order to lend to, giving better terms to safer borrowers. One’s credit score, with all its warts, essentially tells lenders how risky that borrower is. Ideally, they should be risk neutral, in that they are willing to lend to risky clients that pay a higher risk premium. In an efficiently operating market, the bank should maximize its profits, which should help its customers.

Obviously, the real world differs from this. Banks answer not only to customers but to shareholders. This might lead to banks to be too conservative and avoid lending to riskier borrowers, i.e. those with poor credit scores. This will restrict access to markets from a lot of disadvantaged groups.

So, by removing the shareholder pressures, the community bank could afford to lend to riskier borrowers. That does not mean, however, that adding a political process to city banking will lead to the outcomes advocates seek. For one, a bank governed by politics faces the same problems all political organizations face: they can be captured by special interest groups. Also, banks—and city finances—are incredibly complex systems. The returns on investments made by the bank are crucial to its viability. If a city bank were to lend out money to risky projects for the sake of political clout, the city could find itself in danger of insolvency.

A public bank can, however, mitigate these challenges by acting, as in North Dakota, as a backstop and providing capital for community investment rather than lending directly. In Los Angeles, public bank supporters are clear this is what they advocate. “The city-owned Bank of Los Angeles,” they write, “would be a banker’s bank, partnering with local credit unions and community banks, guaranteeing their loans for locally directed economic development, public works financing, and jobs creation.”

While the New York City’s group’s website is less clear, the approach is the same. Writing in Mic last month, AP Joyce notes that, “The bank envisioned by the [New York City public banking] coalition would not serve as a commercial bank, competing with other private banks for individual deposits, but would instead use the public money to provide credit for things like affordable housing and workers cooperatives.—Sean Watterson