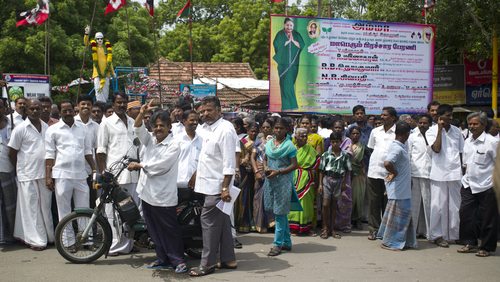 Rape is a shocking subject, and nowhere more so than in India, where it increasingly occupies public discourse. Recent news reported by CNN that the accused in a high-profile rape case are set to be freed will add further fury to that discourse. The case highlights more than the prevalence of rape and sexual abuse in India. Concerns are being raised that there are caste and political elements involved.

In May of this year, two teenage girl cousins were found hanged by a single rope from a mango tree in a rural village in Uttar Pradesh, one of the poorest and most populous states of India. It came not long after the brutal gang rape of an Indian university student on a bus in Delhi. Soon after the Uttar Pradesh incident, five men were arrested and charged. Three were accused of rape. The other two, policemen, were accused of trying to cover up the crime. Those five have now been released on bail as a forensic report by the Centre for DNA Fingerprinting and Diagnostics (CDFD) has found that the girls had not been raped. Central Bureau of Investigation, India’s counterpart to the U.S. FBI, told Reuters, “We have come to know that the girls were not sexually assaulted.”

Even before the CDFD report, local police had cast doubt on whether the girls had been sexually assaulted and instead suggested they could have been victims of so-called “honor” killings. A senior officer puts some of the blame for a miscarriage of justice on the media. He told Reuters that the preliminary investigation had raised suspicions about the killings: “I had said very clearly that it’s not a case of gang rape…the media was not ready to listen to us. Instead they chose to start a media trial.”

From their surnames—the usual way of identifying a person’s caste in India—it appears that the suspects belonged to the same caste as the Uttar Pradesh Chief Minister, Akhilesh Yadav. Yadav and his party are political opponents of newly elected Indian Prime Minister Narendra Modi. Yadav, too, has criticized the media for twisting the truth around the death of the two girls. “They have taken the society and politics for a ride,” he said at a recent rally. “You tell us, have they not disrespected the women of Badaun?” He also complained the media had failed to talk about or report cases of violence against women that were taking place “in abundance” in Gujarat, the Prime Minister’s home state.

Prime Minister Modi spoke out publicly against rape during his first Independence Day speech. “Today when we hear about these rapes, our heads hang in shame,” he said.

According to Reuters, the number of reported rapes in India rose by 35.2 percent to 33,707 in 2013 from the previous year, based on Indian National Crime Records Bureau.—John Godfrey