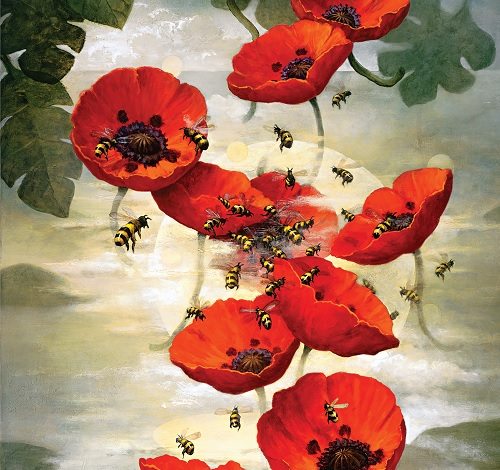 “People take on the shapes of the songs and the stories that surround them, especially if they
don’t have their own song.”

The stories we tell shape what we see. They provide examples, pose questions, and help us understand ideas—like morality, feelings, and values—that are difficult to address head-on. We know this intuitively in our personal lives, guided by fables and parables, but it’s no less true in our professional ones, where stories help us choose the heroes we follow and navigate complex ethical and strategic dilemmas. This article compares two different stories that have developed to help define the “child star”of the social sector: social enterprise.1 Each story communicates a very different set of values, and one, which I will call “heroic” social enterprise, has taken root in the popular imagination at the expense of its alternative, “small batch” social enterprise. It’s up to those of us who care about the values of small batch social enterprise—such as inclusion, community, and local sensitivity—to tell their story and ensure they maintain their place in social enterprise practice today.

One narrative of social enterprise will be familiar to even casual observers of the social sector—anyone who reads Fast Company or subscribes to www.good.is. Its protagonist is a courageous, charismatic, and brilliant social entrepreneur (our “hero”) who takes risks and succeeds against the odds. It begins with a clear, intractable problem to be solved, and the solution is the application of market forces, particularly efficiency and innovation. The desired result is more than just the improvement of individual lives; it is “scale” or a “global movement,” as the founding entrepreneur upends traditional categories to create a new equilibrium.

This is the story of Muhammad Yunus launching Grameen Bank with funds from his own pocket. It’s Matt Flannery and Premal Shah of Kiva teaming up to democratize philanthropy. It’s Blake Mycoskie, the TOMS team, and TOMS wearers directly handing children in need their first pair of shoes. (TOMS’s most radical innovation may be how it lets everyday consumers play the “hero” role in this kind of story.) This is the place where “social enterprise” and “social entrepreneur” overlap—the domain of The Skoll Foundation, Ashoka, and The Omidyar Network; The Economist, Forbes Magazine’s “Impact 30,” and Bloomberg Businessweek’s “America’s Most Promising Social Entrepreneurs.” The narrative is studded with terms like “disruption,” “ROI,” “inflection points,” and “transformation.”

This “heroic” story of social enterprise is powerful enough to have broken out of practitioner circles and taken root in the popular imagination, and we should all be thankful for that. Few tropes unite like a good hero’s tale, and few dreams inspire as much as the dramatic solution of a seemingly intractable problem. With the market playing the role of the solution, this story can find a particularly receptive audience here, in the United States, where it dovetails with the innovation zeitgeist of Silicon Valley. Experts have, fairly, critiqued TOMS’s model,2 and TOMS has recently acknowledged that criticism;3 but, at the very least, the organization has found an effective way to motivate others to invest in the betterment of a stranger’s life.

There is an alternative story, however; and, though probably familiar to practitioners, it lacks the broad audience of heroic social enterprise—at least in the United States. It is a story defined by modesty and locality, one that may be familiar to today’s artisan craftspeople and makers (thus the term used here, “small batch”). In this story, the protagonist isn’t an individual but rather an entire community, and sustainable, incremental improvement is as valid a goal as the dramatic resolution of a specific problem. The community finds a way to make market forces serve their goals, unlocking underutilized potential for context-specific progress. It is a story that recognizes that some solutions need to be custom-made, and that market forces are a means, not an end. It’s a story that often lacks a charismatic entrepreneurial figure, instead finding the potential for social change in collaboration among diverse groups. While new paradigms and scale are possible in small batch social enterprise, it also recognizes that seemingly small advances in things like community wealth, income, and dignity have real value to those who benefit from them.

This is the story of co-ops and Community Development Corporations (CDCs), and the partner neighborhoods of Enterprise Community Partners, which attempts to bridge the private and public sectors to develop affordable housing in thriving communities. Art Enables, which showcases the art of individuals with disabilities, is an example in this writer’s home of Washington, D.C. Much of this article was written in a coffee shop operated by Oriberry, a small batch social enterprise that sells high-quality coffee through direct partnerships with farmers in Vietnam’s rural highlands. If these aren’t household names, that shouldn’t be surprising: when you partner individually with low-resource farmers, growth is slow, at best. But, as Anna Davies has pointed out, growth shouldn’t be an end in and of itself.4 By swapping locality for scale, small batch social enterprises can achieve a sustainable impact while forgoing wide recognition.

A Question of Values

The differences between these stories are not only differences in style—they are differences in values. Whereas heroic social enterprise celebrates efficiency, innovation, risk taking, and independence, small batch social enterprise prioritizes inclusion, community, sustainability, and fairness. If stories shape who we become, as Neil Gaiman suggests, then an imbalance in the stories we tell about social enterprise can have far-reaching consequences—particularly for those who come to the field without “their own song”: a corporate social-responsibility representative with a marketing background; a board member who devotes a few hours to his or her organization each month; a first-time student of nonprofit management. The stories that educate these newcomers to the field will have real implications for the projects they fund, the decisions they make, and the jobs they seek.

To illustrate, think about how each story interacts with the questions of accountability and empowerment. A heroic social enterprise can be accountable to beneficiaries—if the entrepreneur so chooses; but if he or she truly believes in market principles, the social enterprise is first and foremost accountable to the market, which may or may not overlap with its proposed beneficiaries. That’s the TOMS dilemma: a model might sell, but that doesn’t necessarily mean it’s what the people who are supposed to benefit want or need. It’s a supply-centric model, as individuals with unusual talents or passion devise and implement solutions to other people’s problems. While that story empowers those with the means to solve a problem, it disempowers both beneficiaries—who wind up playing the role of problem-to-be-solved—and those who might not have the resources or ambition to be a charismatic, risk-taking entrepreneur.

In contrast, the small batch social enterprise prioritizes the community it serves. It is accountable to them first and foremost, and market forces are valuable only insofar as they lead to improvements in their lives. A social enterprise from this perspective might never scale, and a small batch social enterprise would think that’s okay. It might not be as efficient as it could be, and that would be okay, too. Inclusion and organizing are time- and labor-intensive processes, and their benefits aren’t always easy to quantify. They are, however, empowering to their targeted beneficiaries and those who don’t fit the “entrepreneur” mold, as small batch social enterprises give them a platform to combine their talents with others to create a greater impact.

None of this is to say that there is anything wrong with the heroic story of social enterprise—quite the opposite: it is crucial because of its power to inspire. And, by relying on market forces, successful social enterprises are more likely to be sustainable, and some problems are ripe for scalable solutions. Nor does it mean that organizations cannot or do not combine both elements of these stories in their work. The organizations funded by Ashoka, The Skoll Foundation, and The Omidyar Network are certainly aware of these tensions and actively grapple with them every day: Ashoka’s embrace of an “Everyone a Changemaker” model is a notable attempt to craft an inclusive version of the hero story,5 and recent Skoll awardee Jockin Arputham offers an excellent example of how one hero’s story—in this case, that of a street-child-turned-community-organizer—can bring attention and resources to community-organizing efforts.6

After all, the unique value of social enterprise is its ability to combine these two stories and balance the values they communicate. If we want to maintain that balance, however, those of us who find the values of small batch social enterprise compelling must actively celebrate and champion that story. In some ways, it might be a more difficult story to tell. Sensitivity isn’t as photogenic as innovation, and community isn’t as sympathetic a protagonist as a hero. It has compelling elements, though, and connections to the trends of today. The name I chose here, “small batch,” alludes to one possible branding route, but writers with more marketing savvy than this one can no doubt improve on that. No matter the name, these stories won’t tell themselves, and fans of small batch social enterprise and the values it prioritizes must take it upon themselves to break the story out of the world of practitioners and into the popular imagination.