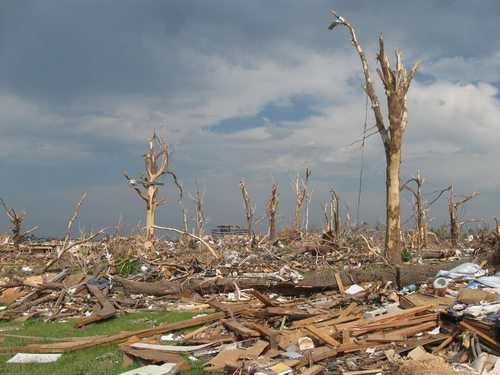 Making responsible and effective charitable donations immediately following a disaster can be a complex and emotional issue. However, the newly-formed Center for Disaster Philanthropy (CDP) seeks to bring the lessons of multiple disaster relief efforts to communities in times of crisis. In a news release, the center’s inaugural chairman, Lori Bertman, said the experience of Hurricane Katrina helped the Louisiana-based founder see the need for an understanding of when, how and where to give aid after a disaster.

“Living in a disaster-prone area, we have been forced to develop an expertise steeped in proactive disaster philanthropy to assist our own communities in recovery,” Bertman said. “We created CDP in order to help others who have suffered disasters worldwide address these events in a more effective, coordinated, and strategic manner.”

In a disaster, the center will offer donors much-needed timely advice. The Conrad N. Hilton Foundation has reported that about 30 percent of private giving typically happens within the first four weeks of a disaster, with giving often stopping after six months. The Hilton Foundation report notes that giving at the front end of a disaster can jump-start contributions, but the most effective response might not be immediately understood. After Katrina, the New York Regional Association of Grantmakers found that it is indeed possible to invest too quickly, and that taking the time to develop partnerships and share information is a vital step. The research also suggests that local communities must be involved in decision-making that will affect their futures.

While dealing with immediate disasters is one goal of the center, it also hopes to raise awareness of the need for disaster mitigation and preparedness, which is often ignored by funders. It also wants to assist with proven strategies for pooling resources and getting organizations working collaboratively before, during, and after a disaster. The center will also provide updates to journalists and philanthropists and serve as a clearinghouse on best practices.

Robert Ottenhoff, the former CEO of GuideStar, will lead the CDP as president and CEO. A veteran of leveraging technology for innovative nonprofit ends, Ottenhoff says he looks forward to using data to “maximize increased private philanthropic funds toward disaster response.” Ottenhoff provided Guidestar with world class leadership for over a decade. We look forward to seeing what he does in this ambitious new role. –Mary Jo Draper and Kristin Barrali