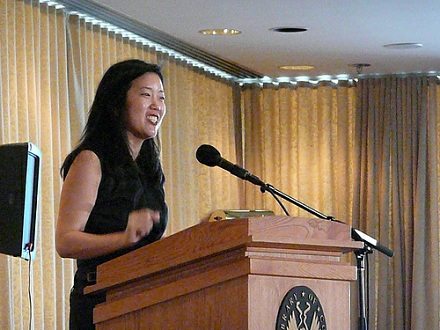 In a move that further complicates the politically charged field of education reform, Change.org, a progressive online platform that seeks to encourage petition-based activism, dropped two clients that are seen by some as anti-union.

This act follows intense pressure from the labor movement and other allies who have accused the for-profit entity of betrayal when it partnered with former Washington, D.C. Schools Chancellor Michelle Rhee’s StudentsFirst and a similar group, Stand for Children. Both organizations have been known to battle teachers’ unions in their efforts to increase the rights of children to receive high quality education. Both organizations assert that labor unions can be an obstacle to education reform and advocate for the marriage of teacher compensation and student metrics like exam scores and both have been working with Change.org since 2011.

“We’re surprised at their decision,” said Nancy Zuckerbrod, spokeswoman for StudentsFirst. “When we spoke to them this afternoon, they couldn’t point to a single one of our petitions on their site that violated either the terms of use or spirit of their organization. Not a single one. In fact, they said they agreed that much of the work of our members were in line with the progressive values of the organization. And it’s clear that the Change.org community does as well, as tens of thousands of them signed our petitions fighting for the civil rights of all children to receive a high-quality education.”

Rhee’s organization has not focused on union issues on the Change.org platform, instead concentrating on less divisive issues of interest to progressives. Stand for Children, however, may have provoked the dissolution of the relationship for both organizations when it recently posted a controversial petition that criticized the Chicago Teachers’ Union vote that authorized a strike in the fall. This petition sparked an onslaught of responses, including a Chicago teacher sending a letter to MoveOn.org’s petition site, Signon.org, demanding that Change.org “Stop Supporting Union-Busters.” Moveon.org has been using the publicity as an opportunity to distinguish itself from Change.org, arguing that, unlike the private, for-profit company, MoveOn will “never promote petitions because someone paid us to—we only promote the petitions that MoveOn members support.”

Change.org’s spokesman, Benjamin Joffe-Walt, told the Huffington Post, “At the heart of Change.org mission is an open, democratic philosophy: we believe our platform should be open to people from a range of viewpoints who share a common interest in changing their world for the better. In the last few days, we have listened closely to the community of Change.org users, who have voiced their concerns in response to this decision. After careful consideration, we have agreed to end the contract with Stand for Children, and the petition is now closed.”

Change.org’s decision to drop Stand for Children and StudentsFirst clearly inserts one more obstacle in the two groups’ already complicated pathway to implementing their education reform agendas. In a statement, Stand for Children’s Chief Marketing Officer Sue Levin said, “Change.org is a company and today, they made a hasty business decision with which we strongly disagree.”

We want to throw this out to you. What do you think about this decision, and what would you have done if given the same circumstances faced by Change.org? –Saras Chung