Changing the Game: How to Make Your Human Service Organization a Powerful Policy Advocate 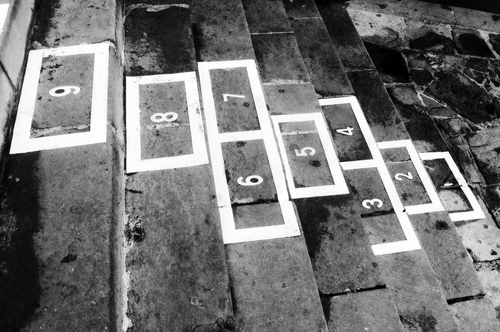 “If nonprofits really want to change the game, we have to think about addressing the huge systemic problems. Just working hard to prevent cuts or seeking additional money to add to our individual organization’s budgets isn’t going to do it alone. There are such limited dollars. We might reach an additional 50-100 people. But we’re not going to change the game.”

Challenge: Representing disenfranchised clients in Illinois when funding for mental health had been decimated

Thresholds is by all measures an established and successful mental health agency in Chicago. It serves nearly 8000 adults a year with an operating budget of $70 million budget and a staff of 1100. On these facts alone, it would be easy to dismiss Thresholds as one of “those” organizations with the luxury to invest in advocacy. The truth is that representing the voiceless and disenfranchised has been a core value of the organization, embraced by the board and staff since it was founded in 1959. More recently, it has provided the foundation of a growing and evolving role for advocacy.

For most of Threshold’s existence, the responsibility for advocacy was shared informally between the staff and CEO and usually took the form of collaborating with other advocates to seek improved funding or services from local and state officials. When Mark Ishaug was appointed in 2012 as CEO, he made a conscious decision to build on Threshold’s long history of advocacy and activism by creating a full-time staff position focused solely on advocacy. At that point, mental health funding had been cut by $117 million over four years, and serving their clients was becoming more challenging against the backdrop of healthcare reform. Mark believed there was an opportunity to take Thresholds advocacy to the next level and announced his intentions to hire a Vice President of Policy to the board during the hiring process. “I will find the money or you will help me raise it.”

“At our very core, we have always been an advocacy organization. I think that’s true for a lot of places. Even if they haven’t invested specific dollars or don’t see themselves as ‘doing advocacy,’ they’ve fought for good policies. All of our program staff was engaged, albeit informally, in advocacy. I just knew I wasn’t going to have the time as CEO to run the organization and represent us adequately in Springfield and elsewhere.”

When Heather O’Donnell was hired into the position in 2012, she had three mandates. First, she was entrusted with “harnessing” the sizeable and knowledgeable professional staff while building their advocacy capacity so they could be optimally equipped to be proactive legislatively as well as respond to harmful legislative actions. One of the key things Heather did was to not silo herself, as is so often the case between advocacy and program or professional staff.

After starting in her position. Heather quickly got to know the program staff:

“I knew early on it would be important for me to have relationships with the professional teams serving our clients. What happens on the ground informs policy development. So I regularly go out with our outreach teams to visit clients—in their homes, in the jails and the streets. Understanding our clients’ needs, their challenges, and their living conditions keeps me grounded in their reality.”

By building relationships with the professional staff, Heather was able to capitalize on the extensive data they collected to support the advocacy efforts and help lawmakers understand why certain issues were serious problems. The data was collected as part of Thresholds’ rigorous team-based model of treatment, led by a psychiatrist, nurse practitioner, social worker, and case manager. Legislative leaders in Illinois were trying to fill a $4 billion gap caused by chronic budget shortfalls. Any proposed policy solution needed to be able pay for itself and Threshold’s data was the needed missing link in building legislative support.

Second on her list was representing Thresholds’ member client interests in Springfield. This goal largely overlapped with her third mandate, to fight for better statewide mental health policies. Meeting with lawmakers to seek innovative solutions to problems of access to care and affordable housing led to two big wins:

(1)  An elimination of a major barrier to access to medications that treat serious mental illnesses, and;

These wins impacted not just Thresholds’ clients, but individuals across the state living with a mental illness. It also elevated Thresholds’ position, increased their visibility, and garnered growing support from other agencies. Those wins would not have been possible, however, without the ability to leverage Threshold’s evidence-based treatment approach.

Results: Focused leadership allows you to change the game and achieve more impact

According to Mark, “having a dedicated staff person focused on turning good programmatic ideas and evidence based practices into public policy has been a game changer.” The investment, which represents far less than one percent of its overall budget and is supported almost entirely from individual donations, has allowed the organization to achieve greater impact.

In the last few years, Thresholds has secured several significant legislative wins that seem to signal a shift for mental health policy and funding in Illinois. The first victory, passage of SB741, exempts antipsychotics from prior authorization, removing a huge barrier to access to medications. The state originally included this class of drug as part of a prior authorization bill to save costs by steering patients to cheaper drugs. After two years of intensive documentation and gathering of evidence, Thresholds was able to show that many of their clients were being hospitalized at higher rates and costs than if they had received the medications in the first place. Thresholds gathered the data to demonstrate the state would save $22 million if these hospitalizations were eliminated.

The second victory, passage of HB5598, the Custody Relinquishment Prevention Act, was prompted by hearing several stories from parents who were forced to relinquish their child to the state simply to get mental health treatment for their child, since wards of the state are entitled to care. This law requires all child-serving agencies to coordinate in connecting children on the verge of relinquishment to the right state agency for care. According to Heather, the emotional victory this represented for their clients was and continues to be “unimaginable. The fact that our state has permitted families with no history of abuse or neglect to relinquish a child solely to access mental health treatment because they can’t get it through the right state agency is horrendous.”

As a signal of its leadership commitment to advocacy and a show of support for its member clients the Threshold board recently and unanimously for the first time took a position in favor of extending the state income tax increase set to expire in 2015. They did so out of recognition that unless the state addresses its serious fiscal problems, services for the most vulnerable members of society will continue to be at risk.

Heather became the catalyst that ignited Threshold’s systems and got them working together. After hiring her, Thresholds was able to leverage its program assets and its reputation more effectively. One of the reasons Heather was able to achieve impact so quickly was because the agency already had several key components of an advocacy-forward organization in place. It had a leader who understood the benefits of advocacy and communicated those to his board. It had enough of a base of individual donations to support the position. In addition, there was a shared understanding across the agency that advocacy is central to its mission and a long-standing culture was in place to support Heather. This commitment made it possible for her to focus on developing Threshold’s adaptive capacity to achieve some fairly significant victories in a relatively short period of time. For many organizations, their impact is diluted when advocacy remains the sole responsibility of its CEO. Making the determination as to which approach is best for your organization takes an understanding of your organization’s assets as compared to the objectives its trying to achieve.

Laurel O’Sullivan, J.D. is the Principal and Founder of the Advocacy Collaborative, LLC. The Advocacy Collaborative equips nonprofits with the knowledge and strategies to utilize advocacy as a catalyst for greater impact. Laurel serves on the Social Service Advisory Council for the Illinois Department of Human Services and the board of the Young Center for Immigrant Children at the University of Chicago and the Forum for Regional Associations of Grantmakers.

For more information on how the Advocacy Collaborative can help your organization develop the right advocacy strategy based on its assets, email [email protected].

Laurel O’Sullivan, J.D. is the principal and founder of the Advocacy Collaborative, LLC. Laurel serves on the Social Service Advisory Council for the Illinois Department of Human Services and the board of the Young Center for Immigrant Children at the University of Chicago and the Forum for Regional Associations of Grantmakers.