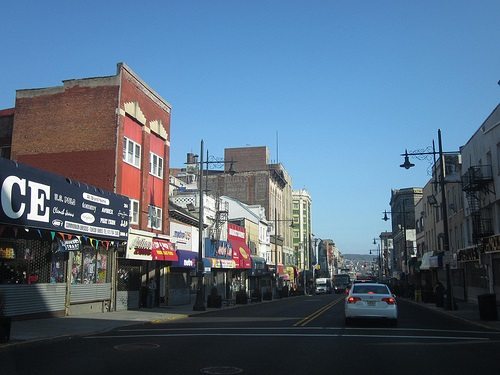 Two different stories from the Northeast illustrate the important close relationship between local government and community-based nonprofits and philanthropists. In one case, local charities in New Jersey were thrown for a loop when a city changed its Community Development Block Grant (CDBG) funding formula. And in Maryland, when a local government refused to take private donations, a group of activists went out and formed their own organization to do so.

In Paterson, N.J., a suburb of New York City, local city officials plan to rescind more than $800,000 in grants awarded earlier this year to 12 different nonprofit groups for various community programs, instead earmarking the money for street repairs. The North Jersey Media Group’s website says that nonprofits learned of the plan to reprogram the federal funds in letters mailed out two weeks ago.

“It’s an unexpected loss of funds for us,” the director of the New Jersey Community Development Corporation told the news site. The NJCDC will lose $68,000 of federal funding that it had had been receiving for the past several years through the city to provide social services for mentally ill residents. Similarly, the Grandparent Relatives Care Resource Center said the loss of its $50,000 grant through the city could result in the program’s shutdown. Other nonprofits will also be impacted.

The pulling of the grants results from the change in administration at City Hall. Paterson’s original plan for spending the CDBG funds had been crafted under the former mayor and was approved by the City Council, said the article. But after Jose “Joey” Torres took office as mayor this summer, his appointees decided that their predecessors were setting aside too great a share of the funds for “public service activities,” instead of on infrastructure improvement projects.

The city’s Community Development Director blamed the rescission on the fact it was using an outdated formula for distributing the funds—the city’s CDBG funding declined from $4 million to $2.3 million, but no one made any adjustments in the amount of money allocated for public service programs.

Under the proposed change, the new mayor wants to rescind about $825,000 of the public service grants and keep in place another $576,000 awarded to other groups, partly based on their track records of spending the money in timely fashion or to avoid the duplication of services. The changes in the CDBG grants still must be approved by the City Council.

The Community Development Director told the news site that redistributing the public service grants towards infrastructure needs was one way to prevent additional funding from being at risk. But HUD officials said they had signed off on Paterson’s original grant awards and had no problem with the amount of money that had been earmarked for public service activities.

This story and “City Rejects Philanthropic Help” point to the close relationship between local government and community-based nonprofits and why it is essential for nonprofit leaders to be engaged with their communities’ political leadership. Often it’s about funding, as in the N.J. case, but sometimes it’s about public policy, as in Maryland. In any event, what local government does or doesn’t do can have an impact on local charities and their clients. It is important for nonprofit leaders to understand that and be ready to advocate on behalf of their causes.—Larry Kaplan