Civics Education: Teaching Anew the Art and Skills of Participation 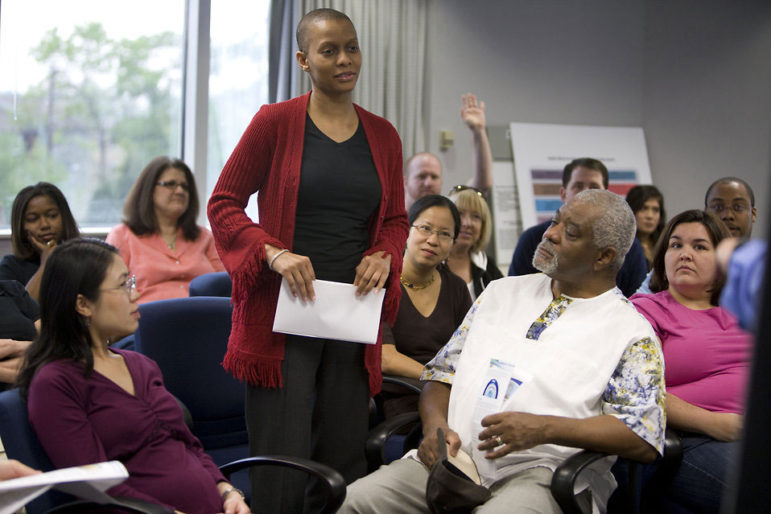 Recently, seven fifth-grade candidates found themselves in the running for Connecticut’s “kid governor” to promote student interest in government and civics. The program includes lessons about government, community engagement and community issues. California, Connecticut, and New York are revising their social studies frameworks to include civics and participatory skills. Illinois, one of a number of states with no civics requirement, recently added one. Discovering Justice recruits volunteers to help teachers run action-oriented civics projects to teach good citizenship. At Lowell High School in Massachusetts, students focused on rising Islamophobia after Muslim students were bullied. Students discovered that ignorance—lack of education—was at issue and created a plan to develop accurate information.

These states, education-focused nonprofits, and schools, particularly charter schools, are attempting to prepare better-engaged citizens. Ted McConnell, executive director of the Campaign for the Civic Mission of Schools, says, “Basic civics knowledge is wanting throughout our country.” Civics education receives less attention than it did in earlier decades. What is taught in classroom is what is funded, and the advent of high-stakes testing, teaching frameworks, and the civics-deficient Common Core has seen civics education elbowed aside for STEM-related studies. Yet, the National Assessment of Progress in Education still tests students in civics in grades 4, 8, and 12. Students are assessed in civic knowledge, intellectual skills, and civic disposition.

Weak civics knowledge equals weak civil political participation. In 2014, “only 23 percent of U.S. students scored as ‘proficient’ in civics,” according to the National Assessment of Educational Progress. Is this, then, an opportunity for parents to revisit the Common Core and its relationship to civic education? Some civics proponents believe that parental involvement can be problematic; apparently parents like civic education as long as it teaches their children to think as they do. “Often, teachers are scared of parents,” says John Broome of the University of Mary Washington in Fredericksburg, Virginia, whose dissertation focused on adolescent civic learning. “Teaching anything, teaching social studies, civics or not, is political.”

Civics education has certainly moved into the political arena. A group of fourteen states, all with Republican governors, have instituted a mandatory one-hundred-question civics graduation test. (The goal, according to the conservative Joe Foss Civic Education Initiative, is that all fifty states adopt the test in 2017, the 230th anniversary of the U.S. Constitution.) Many believe this need for civic instruction has been apparent for years but was underscored by low voter turnout and vitriolic tone of the recent presidential race. After the results, proponents of civics and new converts want more in classrooms. But the election’s results should not drive the push for increased civics education. The process is what’s important.

In its broadest definition, “civics education” means all the processes that affect people’s beliefs, commitments, capabilities, and actions as members or prospective members of communities.

Civics doesn’t create Republicans. Civics doesn’t create Democrats. What it should do is to create an ongoing citizenry that is engaged, involved, and eager to participate on their terms. They participate in our democratic process by being involved, valuing and understanding our voting process and even completing the census, which is probably the most civic-minded thing citizens can do. Civics is much more than voting; there is discourse, participation, and the basic understanding that people can disagree without being disagreeable.

The NAEP civics assessment defines civic dispositions as “the traits of private and public character essential to the preservation and improvement of American constitutional democracy.” It outlines five:

The goal of civics education is to create civic minded pupils, not political pupils.—Mary Frances Mitchner