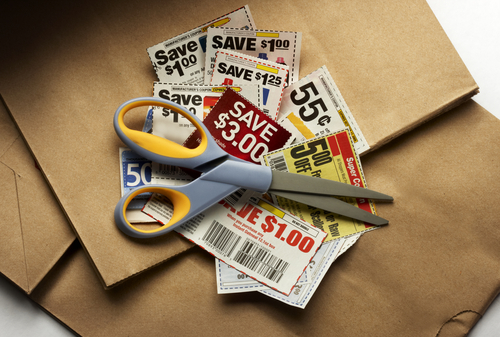 If you ever doubt that one person can make a big difference in helping a nonprofit to achieve its mission, this story may rekindle your belief in that possibility. In Lodi, Calif., the faith-based nonprofit Building Blocks is, according to its Facebook page, “designed to motivate a change in neighborhoods by assisting families that lack funds, abilities, and resources.” Like many nonprofits and communities across the U.S. that have been dealing with the many consequences of high unemployment and low wages, the demand for Building Blocks’ services are up at the same time that donations to the group are down.

Enter Elba Peterson, who saw an opportunity to put her skills as an avid “couponer” to work for Building Blocks and its clients. For those unfamiliar with the world of couponing, there is an active culture of bargain hunters in the U.S. who challenge and encourage one another to find ever-better deals. As Wired’s Matt Schwartz documented in a 2010 feature on the world of “super couponers” (or “retail hackers”) titled “The Coupon Rebellion,” practiced couponers are able to take home approximately $80 worth of merchandise from a grocery store without spending a cent or perhaps even making a dollar or so. Elba Peterson is among those who have cracked the code of the retail marketing vault. At Building Blocks, Peterson’s knowledge is literally turning into free food and supplies for those in need.

“We ended up getting 20 sausages for free from Dollar Tree with coupons – some allergy medication for free” as a result of couponing recently, Peterson told CBS-13 in Sacramento. “We went and got 80 boxes of Hamburger Helper [at steep discount]. That feeds 40 families.” Building Blocks Director Kathy McClelland says she is so glad that Peterson “jumped on board and said ‘hey, let’s do couponing,’” because it has helped “a great, great amount.”

Now the nonprofit welcomes donations not only of money, but also of coupons, and it is assisting new families, rising to meet increased demand rather than retreating from it in the face of funding challenges. At food banks and other nonprofits that help those in need find access to food, the Building Blocks model may well be worth a look. We can also envision the value of having recipients of food from a couponing program participate in the couponing process itself—thereby empowering participants to play a key role in obtaining their own food. Are such efforts taking place in your area? –Mike Keefe-Feldman