Colorado Questions Teach for America’s Use in Highly Diverse Schools 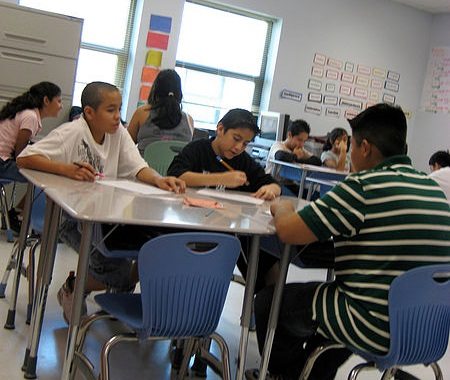 On the heels of school boards in Durham, North Carolina and Pittsburgh, Pennsylvania coming forward to say they will not be renewing their contracts with teaching nonprofit organization Teach for America, school officials in Colorado have raised concerns over the organization’s relevance in their school districts as well. Specifically, Colorado has voiced concerns over using TFA teachers to effectively bridge the diversity gap in its students, which in recent years has become a prime concern for Colorado school districts. Quoting from the Denver Post article:

“This is a subject many districts are looking at, ‘How do we have teachers that reflect the diversity in our classrooms?’” said Robyn Duran, chief of equity and communications for Adams County School District 14. “But we’re unsure that looking at TFA would translate to what we’re looking for in terms of sustaining that beyond two years.”

Colorado school districts have been, for the past decade, addressing diversity concerns in those districts where wide gaps exist by instating teachers who understand how diversity acts as a factor in education.

“It’s always comforting to see a similar face at the front of the classroom for some students,” said Langston Williams, who graduated last year from George Washington High in the Denver school district. “It didn’t really happen with me, but sometimes it’s kind of daunting to have to deal with teachers or to really engage teachers, so seeing someone similar to you, or someone you can relate to, makes it that much easier.”

Despite the fact that 37.5 percent of the state’s student population was Hispanic or African-American in 2013, only 7.5 percent of the teachers were Hispanic or African-American. According to Richard Ingersoll, a professor of education and sociology at the University of Pennsylvania, “This is a gloomy story in the sense that there’s not parity and, furthermore, not enough ground is being gained because the rate of minority students is going up faster than the rate of minority teachers. The gap isn’t being closed.”

“It numerically is not going to make a difference right now,” VanBerschot said. “We bring in 125 to 250 new teachers every year. But knowing that only 12 percent of teachers in Colorado identify as minority and knowing we had one of the most diverse corps this year, we’re proud we continue to show improvement.”

Adams County School District 14 and the Aurora Public Schools in Colorado did not hire TFA teachers this year, in part because of the short two-year commitment, which was also cited as a concern in Durham.—Shafaq Hasan