Colorado Town Rediscovers Value of Meeting People Where They’re At 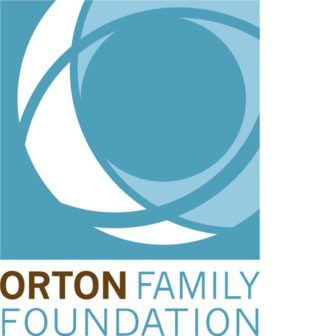 Cortez, a town of 8,500 people with a median household income of $39,000 in the San Juan mountains of southwest Colorado, may seem an unlikely place for innovation in community planning. But, as Ellen Shepard explains in her account in Yes! Magazine, the city’s recent planning round speaks volumes of what works—and doesn’t work—in community engagement.

Cortez is a small town, but it is also fairly diverse. About two thirds of the residents are white, but American Indians (about 12 percent) and Latinx persons (about 16 percent) both have significant presence in the city. Traditionally, though, these communities of color had been largely “invisible” to city leaders, according to Latina activist and resident Monica Palmquist.

As Shepard writes, initially, the city “held multiple meetings to gather input, promoted them with ads and posters throughout town, and hoped that people would show up.” Not too surprisingly, the result was that “significant portions of the population—including Hispanic, Native American, youth, and people living in poverty—were almost completely absent.” As a result, according to Kirsten Sackett, Cortez’s director of planning and building until 2015, the city’s comprehensive plan didn’t adequately address key issues, such as “youth engagement, economic improvement, and the isolation of the town’s populations.”

The “Heart & Soul” program, writes Shepard, is based on the idea that “if people discover together what they are most passionate about preserving and building, they will rally around that shared vision and proactively build their community’s future.”

According to Orton Family Foundation Director of Programs Alece Montez-Griego, within the framework of this approach, “The notion of apathy doesn’t exist. If you don’t have people responding, you didn’t reach them in a way that resonates with them. If you don’t know how to engage people, you go ask them.”

The planning process begins with an asset-mapping process. The first step is to figure out “who lives and works in the community, identifying people who are traditionally excluded from civic participation, such as homeless, school-age youth, and non-English speaking populations.”

Additional steps in this community asset-mapping process include:

In Cortez, Palmquist began attending dozens of local church services in majority [Latinx] neighborhoods, getting to know the clergy and parishioners. Slowly she learned that the community wanted to be involved, but they wanted to do it on their own terms and on their own turf.

On its website, the Orton Family Foundation identifies roughly three-dozen towns across the country that have adopted the “Heart & Soul” approach. The model clearly has value, but, at some level, the key underlying it is simple: know your community, which is a principle that applies to nonprofit community building work every bit as much as city planning.

It was only 55 years ago when Jane Jacobs visited East Harlem, listened to residents, and bemoaned planners’ failure to consider “what makes the very intricate order of the city.” Whether you’re in a small town or a big city, it is a lesson worth remembering still.—Steve Dubb