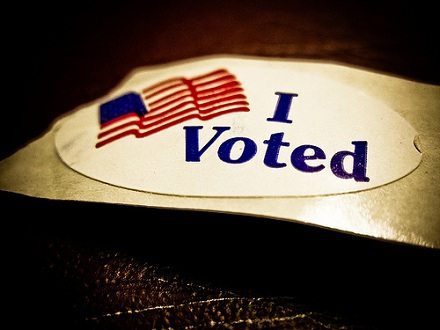 In the week since Election Day, much has been made of how the Latino vote helped deliver another term to President Barack Obama, and rightfully so. Asian American groups, however, want to make sure that we also know that the Asian vote, while not as large, was also crucial on November 6th.

Less than 24 hours after the President Obama won reelection, the National Coalition for Asian Pacific American Community Development (National CAPACD) and the Asian American Legal Defense and Education Fund (AALDEF) released a statement touting the fact that, while only four in ten Asian American voters identify as Democrats, they “broke for Barack Obama by a huge margin, with 72% voting for the President and 26% for Mitt Romney.” In congressional races, seven in ten Asian American voters also backed Democratic candidates.

Lisa Hasegawa, National CAPACD’s executive director, believes that the Romney campaign and the Republican Party lost valuable votes by ignoring Asian Americans. “Mitt Romney had room to win the overlooked Asian American community,” said Hasegawa. “While Barack Obama’s narrative attracted Asian American voters, Mitt Romney missed an enormous opportunity to offer a direct appeal to this group.” Hasegawa also acknowledges the pivotal role of community-based organizations in mobilizing Asian Americans. “Community organizations’ efforts are especially critical in getting Asian Americans to the polls when traditional party vehicles ignore this demographic,” she said. “National CAPACD supported 25 groups in 14 states over the election season to help educate Asian American and Pacific Islander voters and get them to the polls on Election Day.”

Another group that energized the diverse Asian American and Pacific Islander (AAPI) communities was the Southeast Asia Resource Action Center (SEARAC) and its local Cambodian, Hmong, Lao and Vietnamese community-based affiliates. These immigrant-serving nonprofits focused on voter outreach and education in areas with high concentrations of Southeast Asian American eligible voters. According to a statement released by SEARAC Executive Director Doua Thor, “Because of the high numbers of Cambodian, Lao, Hmong, and Vietnamese in areas like the Central Valley of California and the Twin Cities in Minnesota, our communities had a real potential to impact the vote in these parts.”

KAYA Filipino Americans for Progress, a tech-savvy grassroots organization founded in 2008 to support then-Sen. Obama’s first presidential run, was likewise key in mobilizing the second largest AAPI group in California and in the “swing states” of Nevada and Virginia. As the United States transforms into a majority minority nation, it would be folly for any political party to ignore communities of color and the organizations that serve and mobilize them. –Erwin de Leon