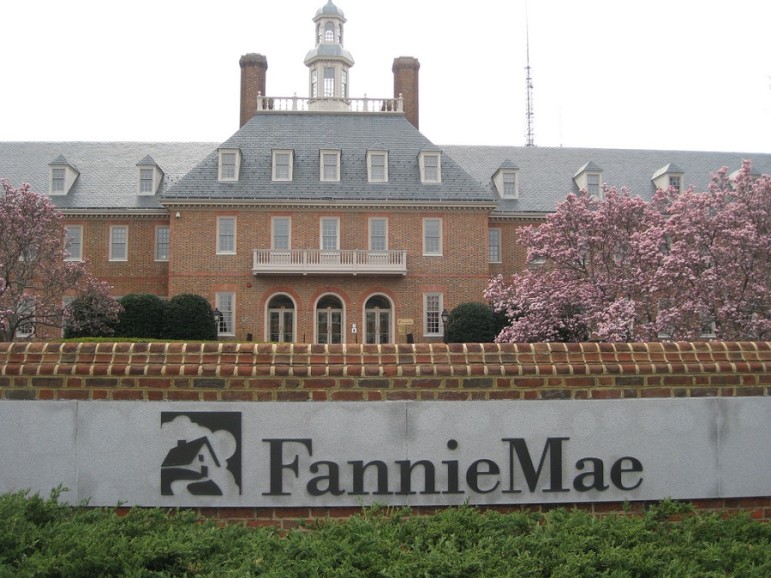 Despite efforts by local government to create additional affordable housing, Fannie Mae, a private corporation under federal control, is planning to sell off affordable units in Boston to the highest bidder, virtually assuring the displacement of low-income families. The Boston Globe, to its credit, cries foul in an editorial:

New Development is booming in Boston, but it can’t keep pace with the demand for housing, putting an especially tight squeeze on middle- and low-income residents. What’s more, an agency whose founding mission was to help avert such crises is actually contributing to it.

Fannie Mae (Federal National Mortgage Association) and Freddie Mac (Federal Home Loan Mortgage Corporation) were created as private for-profit corporations in 1938 to regulate the mortgage financial markets and ensure that a steady flow of capital was available to create housing. As private corporations, Fannie and Freddie were private ventures that operated in the public interest. Then, at the beginning of the Great Recession, their relationship to the federal government changed dramatically. In 2008, Fannie Mae and Freddie Mac received a cash infusion estimated to be between $116 billion to $190 billion dollars in taxpayer funds, and they were put under the conservatorship of the Federal Housing Finance Agency (FHFA). The United States owns 79.9 percent interest in both companies. Advocates argue the mission of efficient allocation of credit needs to expand to include preserving affordability.

The issue in Boston revolves around efforts by a small nonprofit, the Coalition of Occupied Homes in Foreclosure (COHIF), to get a negotiated sale of five properties owned by Fannie Mae and located in the Four Corners area of Boston’s Dorchester neighborhood. The community’s residents live in predominantly African-American or new-immigrant households. COHIF’s niche in the nonprofit development world is to acquire and stabilize homeowner-occupied and rental properties that are at risk for foreclosure or have been foreclosed and are held by financial institutions. For over three years, Fannie Mae resisted COHIF efforts to preserve these properties on the grounds that Fannie Mae’s governing documents and agreements with U.S. Treasury required them to “maximize value” of properties it had taken through foreclosure. After months of negotiating for a price that would permit COHIF to acquire and operate the properties at a rent level that would be affordable to residents and still cover the high cost of repairs, Fannie Mae sold the properties via an online auction site. All were sold to private investors. Two of the families are facing immediate eviction by the new owners; one investor is flipping a property. The situation with the other residents isn’t clear at the moment.

COHIF’s business plan is ambitious for a nonprofit with a staff of one-and-a-half who are supported by grants from private foundations. COHIF relies on cooperative relationships to magnify its impact. City Life/Vida Urbana, Harvard Legal Aid Bureau, and Greater Boston Legal Services are helping the residents facing evictions to fight them off.

“People ask us, why do we need to work with Fannie Mae,” said Maureen Flynn, executive director of COHIF. “The answer is simple. Fannie Mae owns most of the foreclosed properties in the Dorchester neighborhood.” In fact, Flynn notes, the fight will continue even after the sale of these five units because Fannie Mae owns over 5,000 housing units in Massachusetts, and no one knows how many of them might be occupied. The scope of the problem was what brought Massachusetts Attorney General Maura Healey to reach out to the Boston Globe.

AG Healy described Fannie Mae to Globe to reporter Adrian Walker as “a group of people with tunnel-vision. They fail to see and understand their larger responsibility and their larger prerogative. And they don’t see the larger impact.”

A similar situation arose in Cincinnati in 2011 when a series of bad loans to an investor owner went belly up. Fannie Mae found itself in possession of 19 HUD-assisted housing buildings. After hiring a caretaker management company, Fannie Mae was ready to sell to the highest bidder when advocates rallied with the support of the City of Cincinnati to demand a negotiated sale. There were two key differences from the Boston situation. First, there was a national nonprofit organization with federal funding willing to pay a substantial price for the properties, and secondly, advocates believe HUD played a behind-the-scenes role to persuade Fannie Mae to negotiate in order to protect HUD’s interest in the properties.

Fannie’s decision in the Boston case underscores the contradiction between the actual and the imputed mission of Fannie Mae. As the rental affordability crisis deepens and local and state governments are adopting regulations and incentives to improve affordability, Fannie stays focused on “maximizing value” from its portfolio of foreclosed properties. Just this week, the state of Hawaii joined Los Angeles and Portland, Oregon, in declaring a “homelessness emergency” due in large measure to unaffordable rents. Meanwhile, Fannie continues to operate like a private corporation—minimizing its losses and maximizing its profits.

Fannie has also come under fire for mass sales of foreclosed homes to private equity companies. Advocacy groups like Right to the City have protested at Fannie’s D.C. headquarters, and Massachusetts senator Elizabeth Warren has denounced Fannie’s indifference to social need in favor of corporate goals, although Senator Warren has not specifically addressed the plight of the residents in Four Corners.

The Fannie and Freddie saga is fraught with irony. Beginning in 2016, a portion of Fannie’s revenue will be funding the National Housing Trust Fund (NHTF). Conceivably, COHIF or another affordable housing developer could apply to the NHTF to get capital to create affordable housing for the families displaced by Fannie’s sale of these properties. Wouldn’t it make more sense just to add preservation of affordable rental housing to Fannie’s mission?

Want more irony? Conservatives in Congress are proposing to re-privatize Fannie and Freddie, while at the same time using payments due to the National Housing Trust Fund to offset sequester cuts in federal HOME funds that go that state and local governments use for affordable housing.—Spencer Wells