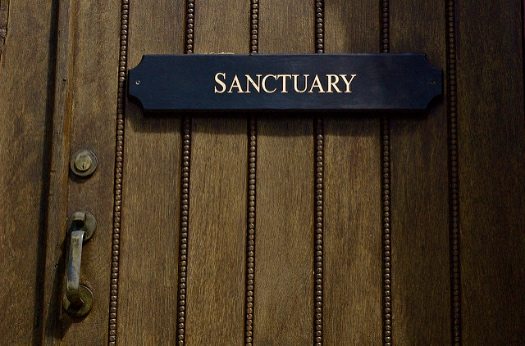 The city of San Antonio, Texas, in conjunction with local and national nonprofits, including the Mexican American Legal Defense and Educational Fund (MALDEF), the Workers Defense Project, Texas Association of Chicanos in Higher Education, and La Union de Pueblo Entero, has filed suit seeking to halt the implementation of Texas’s Senate Bill 4 on September 1st. The bill, viewed by some as the harshest state-level immigration bill in the country, would require local law enforcement to assume the role once delegated to U.S. Immigrations and Customs Enforcement (ICE) professionals. The potential effect for San Antonio residents could be catastrophic.

Opinions vary as to what the law is designed to accomplish. In essence, it penalizes municipalities for preventing local law enforcement, including campus security, from assisting ICE in implementing “immigrant detainer requests”—random stop-and-searches to determine immigration status. Localities that fail to comply will face fines ranging from $1,000 up to $25,000. Proponents cite its benefits as a tool to fight illegal immigration. Critics believe it promotes racial profiling, forces local law enforcement to assume ICE responsibilities, and will substantially impact DREAMers with its requirement that campus police also comply.

Governor Greg Abbott, in a poorly worded and equally poorly received attempt to downplay outcries of racial profiling, reminded residents that he would not subject his wife—the first Texas First Lady of Mexican descent—or her family to racial profiling. Critics do not seem to believe that the rest of Texas’s residents will enjoy the same courtesy. San Antonio’s vast [email protected] population reflects a historic and longtime relationship between the U.S. and its neighbor to the south. Many residents have family on both sides of the border.

The city of Austin will join the suit, along with other municipalities and nonprofits that have sued separately, including the city of El Cenizo, Texas’s El Paso County, and the League of United Latin American Citizens (LULAC). The litigants expect the suits to be consolidated.

This is an outgrowth of a growing citizen trend among individuals, organizations, states and municipalities to attempt to opt out of national policy. With a 65 percent Republican majority in the state senate, a 66 percent majority in the state house, and a Republican governor, immigration advocates have chosen the courts as the quickest and more effective route to prevent implementation of Senate Bill 4. The next steps are to expand, consolidate, and see if this nonprofit civic effort bears fruit.—Mary Frances Mitchner